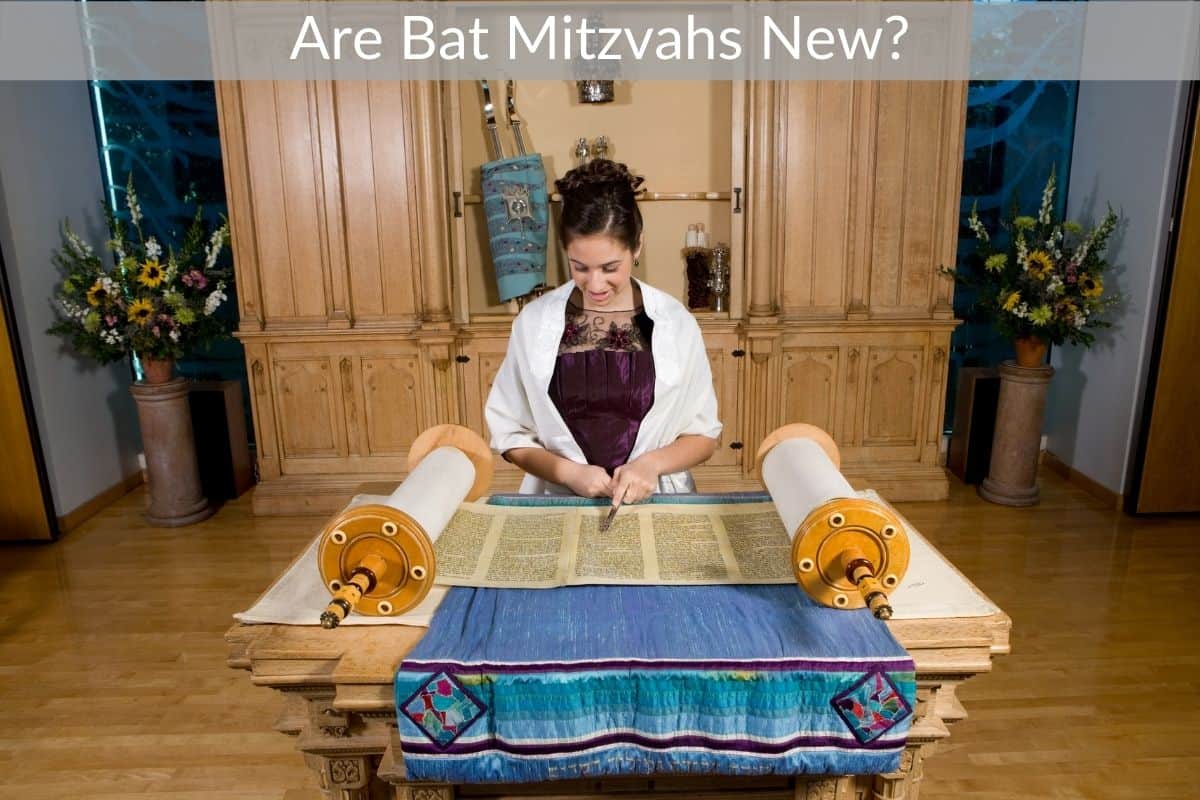 Bar Mitzvahs have been popular for quite a while now but many people don’t recall hearing about Bat Mitzvahs previously. So does that mean they are relatively new?

Bat Mitzvah celebrations have been occurring since at least 1922. So although they aren’t very old they are far from new.

Becoming Bat Mitzvah means that the child has come of age and is now accountable for their actions, whereas before the parents were held accountable.

When most people, who are outside of the Jewish faith think of Bar/Bat Mitzvahs they think of a young Jewish child celebrating his/her 13 birthday, however it is far more than just a birthday celebration.

When Did Bat Mitzvahs Begin?

When a Jewish girl turns 12 or 13, she becomes Bat Mitzvah. Bat Mitzvah means the daughter of the Commandment. At this age is when the child is said to enter adulthood and can now be held accountable for their own religious life.

Many people when they hear the term Bar/Bat Mitzvah think of the party that goes along with it. Participating in the service and the party that are held afterwards, are celebrations of becoming Bat Mitzvah.

The first bat mitzvah celebration in the United States took place in 1922. In 1922 Judith Kaplan, the daughter of Rabbi Mordecai Kaplan, the founder of the Reconstructionist denomination was able to read from the Torah in her Bat Mitzvah ceremony.

However, Bat Mitzvahs would still not be commonplace for decades. It wasn’t until 1953 that 35% of synagogues in the Reform movement had Bat Mitzvah services. Bat Mitzvahs did not become common until the 1970’s and 1980’s.

What Is The Reason For A Bat Mitzvah?

Bat mitzvah is not a party or a celebration. It is something that a Jewish girl becomes. Bat Mitzvah means “daughter of the commandment” and it is when a Jewish girl comes of age.

There are celebrations that go along with becoming Bat Mitzvah. The Bat Mitzvah service is a mark of when a young Jewish girl has come of age and the party that follows is a celebration of that.

At the age of 12 or 13 girls are considered to be responsible for their own faith. They will study Hebrew for months before their Bat Mitzvah. Then during the Shabbat service closest to their birthday, they will read in Hebrew from the Torah, though some synagogues still do not allow this.

In some synagogues the young girl will give a speech thanking all those who have helped her to reach this point in her life and explaining what becoming Bat Mitzvah means to her.

Usually, a party will follow. The party is to celebrate this huge milestone in her life.

What Does A Girl Do At A Bat Mitzvah?

Many synagogues are equalitarian when it comes to Bar/Bat Mitzvahs, allowing girls to do all of the same things that a boy does during a Bar Mitzvah service. However, Orthodox Jews and some Conservative Jews will not allow girls to publicly read from the Torah or to lead prayer services if there is a minyan, or 10 males, available to do it.

In Modern Orthodox Judaism congregations women do not lead prayer services or read from the Torah publicly but they can lecture on a Jewish topic to mark their coming of age, recite verses from the Book of Esther or Psalms, or say prayers from the siddur.

In the Jewish community boys and girls do not have the same responsibilities which is why some synagogues do not allow girls to read from the Torah or to lead a prayer service.

There are no rules for how a Bar/Bat Mitzvah party should be celebrated. Some families will have a small party at home to celebrate their daughter becoming Bat Mitzvah while others will have large lavish parties similar to a wedding reception.

No matter what size the party is, most girls are expected to give a speech if she does have a party to celebrate becoming Bat Mitzvah. The Bat Mitzvah speech can be about an important woman from Jewish history, it can be thoughts about that week’s portion of the Torah, or it can be about her Mitzvah Project (if she had one).

The speech is also an opportunity for the girl to thank her parents and those who have helped her to reach this milestone. If the family is hosting a large Bat Mitzvah celebration you can expect it to be very similar to a Bar Mitzvah party.

There will be the family introduction and then the introduction of the young girl who is being celebrated. The lighting of the candles is next.

Usually, the first candle is lit in remembrance of family members who have passed away. Once the lighting of the candles is complete the oldest member of the family will recite the Ha-motzi, which is a prayer and blessing, over the challah bread before passing the bread around to be shared.

After the challah bread has been shared the meal will then be served. After the meal, it is time for the special dance.

At a Bat Mitzvah celebration, the young girl will share a special dance with her father. The father/daughter dance kicks off the dancing.

The horah will probably be danced. This is a dance where everyone holds hands and dances around in a circle.

The guest of honor is oftentimes then lifted into the air while sitting in a chair. This symbolizes reaching a higher level spiritually and that we need the support of others to get things accomplished.

At some point during the party gifts will be opened normally as well.