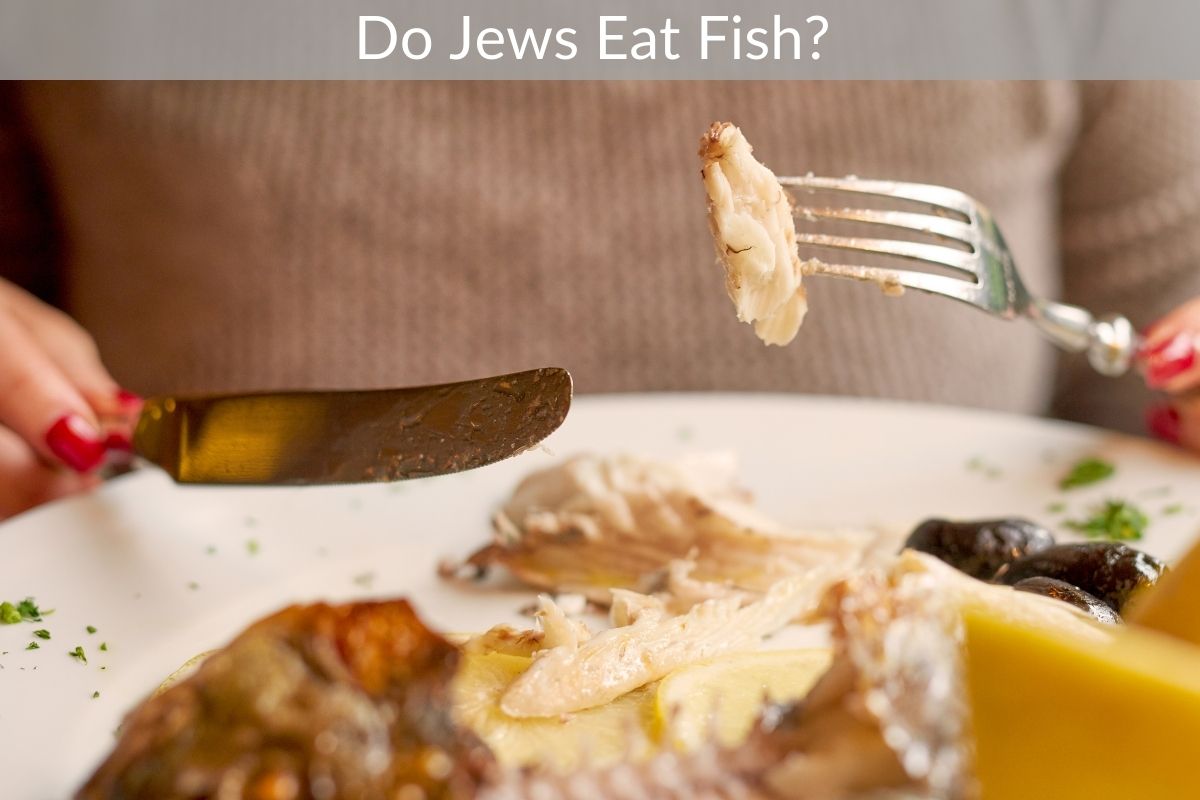 Jews do eat fish. However, the fish needs to have fins and tails for them to be considered Kosher. Water-dwelling creatures that don’t have notable physical features are not kosher.

Fish is a white meat that is generally not debated in different religions. For this reason, Jews can still eat fish.

Fish is Kosher as long as it has not been dealt with the same utensils used to deal with non-kosher items. The biblical injunction states that only the fish with fins and tails are completely kosher. Shellfish like shrimp, lobsters, and even crab are not Kosher.

Sometimes, fish can be treated with other water-dwelling creatures that aren’t kosher, and thus, there can be cross contaminations that one must be careful of when dealing with fish. Religious Jews generally make sure that they buy fish from places where it is confirmed to be Kosher.

What Foods Do Jews Not Eat?

Kosher Laws state that Jews cannot eat all foods. Jewish people can’t eat certain foods like pork, shellfish, and almost all insects. Jews also can’t combine meat and dairy. When slaughtering an animal for food, it should leave no blood in the meat. Jews also believe that the meat must be sacrificed in a Kosher way in which the animal shouldn’t go through any pain when it is sacrificed.

Since fish stop living when they’re taken out of the water, they do not have to be sacrificed or bled out. They also have fins and tails and thus, can be eaten. However, animals with no cloven hoof or do not chew their own cud are not Kosher and can never be. Animals need to fit all of the Kashrut laws laid down by the Jewish religion to be deemed Kosher.

Do Jews Eat Meat and Fish Together?

Jews are advised against eating fish and meat together in the Talmud. While surf and turf is big in many countries in the world, the concept of eating meat and fish together is not looked upon fondly by many Jews. This problem has much more to do with practicality than anything else.

Eating fish and meat together can create an onslaught of bad breath for all those involved. Since the Talmud and the Hebrew bible like to advise its people against bad behaviors, there is a mention of why Jews should refrain from mixing their meats.

Jewish law forbids any activity that will directly harm one individual’s health, and many Jews must make their decisions in light of this law.

Do Jews Eat Fish on Fridays?

In olden times, Jews would fast on the days of the Sabbath and Tuesdays. Sabbath is fasting from Friday evening to Saturday evening, so people like to eat fish on Fridays.

Do Jews Cook Meat and Fish Together?

There is a Halachic prohibition on eating both meat and fish together. The Jewish faith commands its followers to be careful in consuming white and red meat together. Thus, it’s crucial that, as a Jew, you keep these apart in your pantry.

Many Jews can maintain their Kashrut laws at a certain time instead of maintaining them all the time. When they do this, it’s called keeping kosher. Keeping Kosher means that Jews will only eat Kosher food.

Since fish is Kosher, Jews can eat it while keeping kosher. However, they have to be careful to ascertain that the fish they pick is indeed kosher. If you’re buying fileted fish, you have to ensure that the fish has fins and tails.

The word Kosher means “clean” or “pure.” Food can be Kosher when it is prepared according to the Kashrut laws. There is also other food that you will have to consume when you’re keeping kosher. You cannot eat pork or pork products. You can also not eat anything that has been harmed before being sacrificed.

In most parts of the world, animals are electrocuted before being served to the public, which means they are put in pain before being sacrificed. This kind of pain is sternly prohibited in the Jewish religion. You also have to refrain from eating any water-dwelling bug with eyes if you’re keeping Kosher, such as shrimp, lobster, and crab.

Do Jews Eat Fish and Dairy Together?

Yes, Jews can eat fish and dairy together. Certain branches of the religion believe that fish is not a meat, and they have no issue eating fish and dairy together. However, other traditions from different religions don’t think that it’s smart to eat dairy and dish together. They think that it can cause an adverse reaction in the stomach as both foods are extra fatty. Fish is vital to growth in many people as it has some of the essentials needed by the body to grow.

There may also be e general rule in some Jewish communities, which states that they cannot mix fish and dairy together. But finding that out will take a more thorough investigation.

Meat and dairy is another combination that which Jewish school of thought doesn’t allow since they look at it as bathing the young in their mother’s milk.

Do Jews Eat Fish on Sabbath? Why

Yes, Jews eat fish on Sabbath. They believe the mystic sparks increase and get elevated by the Sabbath’s holiness. Fish translocate souls in this way. However, Jews have to confirm that the particular fish has scales and fins before eating it. The scales and fins must be in good condition before the Jews eat them; this is a major requirement.

Since Sabbath is a religious occasion, you have to be careful about the food you’re making and eating on it.

Yes, Jews eat fish. However, there is a particular kind of marine life and dish that you can eat. Namely, anything that has fins and scales si safe to eat. Furthermore, you also have to be careful about not mixing fish with any other meat or dairy. This ensures that you have the perfect experience eating the fish.