The sitcom 30 Rock lasted for seven seasons and gave the world many favorite clips and references.  The show was slow to pick up steam, and some might argue it didn’t really become popular until the end of its run.  But it did give us amazing gems like the song Werewolf Bar Mitzvah.

How many songs can you think of that combine Halloween spookiness with the right of passage for young Jewish men?  Not many and that is probably part of the lure of Werewolf Bar Mitzvah.

What started at as an eight-second clip at the beginning of an episode, quickly turned into a viral fan favorite.  It grew so big that a full song, plus dance remixes were released and it’s still played and referenced today in pop culture.  So, who wrote this now famous song?  Let’s learn a little bit more about the origin of Werewolf Bar Mitzvah. 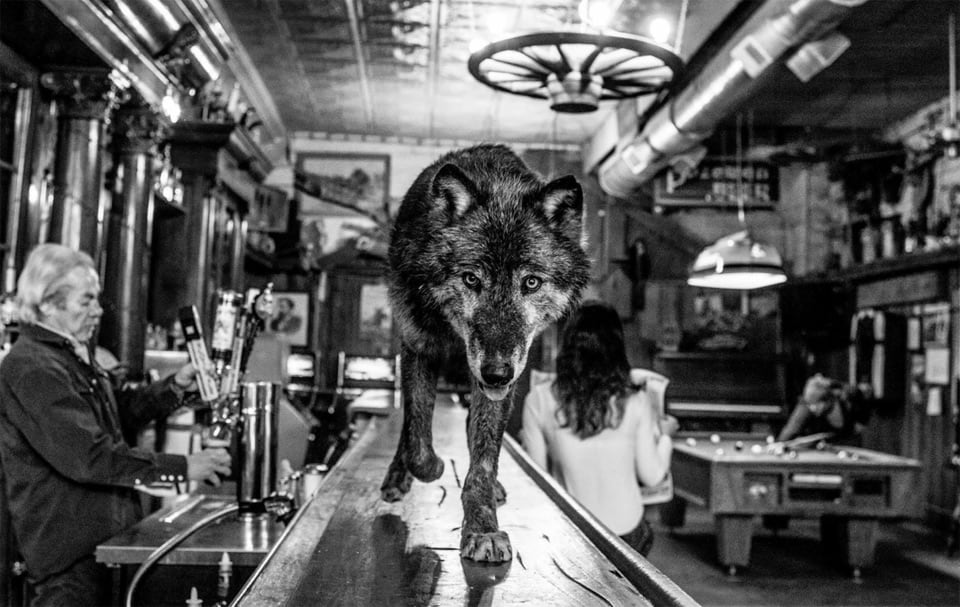 The Background of Werewolf Bar Mitzvah

30 Rock ended its seven-season run in 2013, so it hasn’t been on the air in quite a few years.  Perhaps you’ve never heard of it and are completely confused as to what we’re talking about.  The show was the brainchild of comedian Tina Fey and followed the lives of people working at a network on a sketch comedy show.

Werewolf Bar Mitzvah first appeared in the second episode of the second season titled “Jack Gets in The Game”.  Tracy Jordan is dealing with a bad breakup with his wife, and at the beginning of the show, she brings a box of his most treasured possessions back to him.  In the box is his golden record of his novelty song Werewolf Bar Mitzvah.  The episode then cuts to a short clip of a Thriller-esque music video and Tracy Jordan wrapping about a boy getting ready for his bar mitzvah and meeting a werewolf.

It’s crazy, silly, and precisely the reason it became so popular.

Origins of The Song

The clip containing Werewolf Bar Mitzvah was about eight seconds long, and no one really thought that it would be the comic gold it ended up.  One writer of the segment, Robert Carlock said he imagined the character Tracy Jordan going to a bar mitzvah and wondering why no bar mitzvah songs were playing.

That idea spawned the music video looking like a cheap spoof of Thriller.  It had to be hastily thrown together because Tracy Jordan had just thought of it and wanted to get it out in time for bar mitzvah season.

30 Rock was famous for its quick funny segments that you might miss if you weren’t paying attention.  Werewolf Bar Mitzvah was one of the first, and it wasn’t until later that the song really took off.

The Popularity of Werewolf Bar Mitzvah

It wasn’t until after the episode aired that people really started catching on to the spoofy and fun lyrics of Werewolf Bar Mitzvah.  Once people began sharing the clip and its popularity grew, the writers of the segment and the song released an expanded version.

The full song also quickly grew in popularity and led to more pop culture references.  Soon there were Werewolf Bar Mitzvah-themed Halloween parties, costumes, t-shirts, and even mentions in popular video games.  The song even went gold which means it sold at least 500,000 copies.  Not too bad for what started as an eight-second clip in a sitcom, right?

Of course, new versions of the song popped up not long after the full version released.  You can find dance remixes, acoustic versions, and numerous other recreations.  Chances are you might even hear it played at a bar mitzvah in the future.

Who Wrote the Song?

Three people worked together to create the hit Werewolf Bar Mitzvah.  Jeff Richmond, Donald Glover, and Tracy Morgan all collaborated to make this piece a reality.

Jeff Richmond, married to Tina Fey, wrote all the music for 30 Rock and helped composed this piece.  But perhaps the bigger star in this trio is Donald Glover, better known as Childish Gambino.  Not many people realize that Donald Glover got his start writing for 30 Rock.  Werewolf Bar Mitzvah was one of his most loved pieces on the show.

It’s even rumored that Donald Glover sang in the recording impersonating Tracy Morgan.  Glover appeared a few times in other episodes of 30 Rock as various characters, but many fans don’t realize the influence he had on the show as a writer.

Tracy Morgan, the actor playing Tracy Jordan, of course, made this scene, and the song, as popular as it is today.  His spoofed music video along with the mashup of two unlikely subjects, werewolves and bar mitzvahs, just make the scene that much funnier.  His performance led to the popularity and gold status of the song.

Is It a Halloween Song or Bar Mitzvah Song?

Let’s just say yes.  It can be a fun Halloween song and a funny bar mitzvah reception song.  It works even better if you plan a Halloween bar mitzvah.  While the music video definitely spoofs Michael Jackson’s Thriller, it also has hints of Monster Mash in it.

Really, you should just take this song as it is.  Goofy, fun, and a wonderful way to celebrate.  Because if you can’t laugh at werewolves mixed with bar mitzvahs, what can you laugh at?

Ok, you’ve learned all about this crazy song and its unlikely rise to fame.  But what is the actual song?  Here are the Werewolf Bar Mitzvah lyrics:

Tracy (spoken): This is scary.

Man (spoken): Break it down.

I was working late on my Haftarah,

When I heard a knock on my bedroom door-ah.

I opened it up and to my surprise,

There was a werewolf standing there with glowing gold eyes.

He says, tomorrow mine son, you will be a man,

But tonight’s the time to join the Wolf’in clan… clan.

Tomorrow you will stand at the Bimah and pray,

But tonight, let’s gaze at the moon and bay.

Man (spoken): Alright that, that was great Tre, okay, it’s over, that’s a wrap.

The next day would happen the Talmud didn’t teach,

I got up in front of everyone to give my little speech.

Then my teeth turned into fangs and my nails into claws,

And I nearly dropped the Torah when my hands turned into paws.

I growled, and I roared, and my Rabbi did as well,

It was a rocking werewolf zoo at Temple Beth Emanuel.

Man (spoken): Hey man, where did you learn all these Jewish words?

Man (spoken): I don’t, I just don’t think this, the idea of this song can sustain itself for that long, it doesn’t, it seems a little sweaty now, so.

We had a reception at the Larchmont country club,

They served a real nice brisket and an eight-foot party sub.

I danced with my cousins, I got money from my folk,

We had a lot of fun making circumcision jokes.

Then I remembered the premise of my song,

I was at a nice reception, but the werewolf part was gone.

So, we pulled ourselves together and we’re wolfman again,

Just in time for monster fight to begin!

All the country club employees were a brain-sucking pack,

Who had all turned into zombies and were on the attack.

So, we fought the Manson Draculas and Frankensteins too,

Cause you got to love Bar Mitzvah even if you’re not a Jew.

Man (spoken intermixed with chorus): There is no such thing as Frankensteins, steins, there’s no plural Frankenstein.

Tracy (spoken): I don’t want this, I don’t like this, this is scary.

Tracy (spoken): Turning into werewolves and stuff. You know.

See?  It’s silly and fun and a fantastic way to have a good time at a Halloween party or a bar mitzvah.  If you want to see the 30 Rock clip, you can watch it here or listen to the full song here.