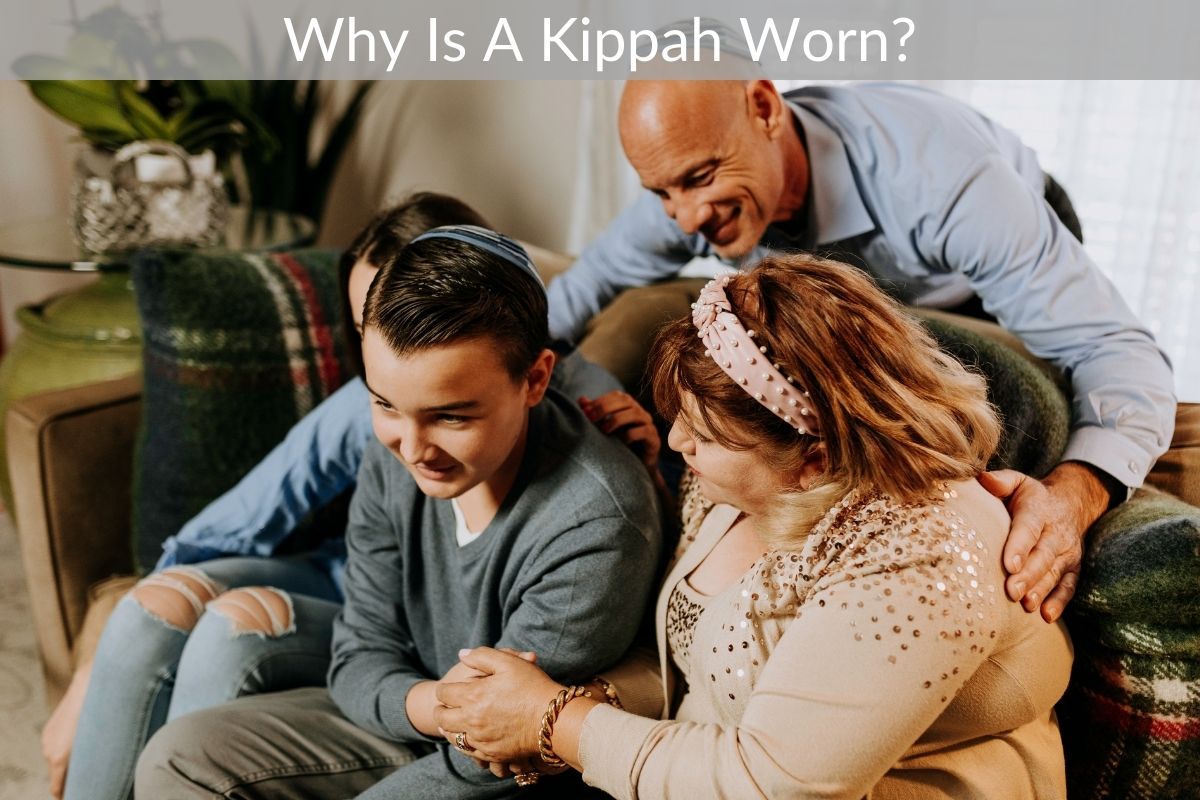 We often see Jewish people wearing the Kippah, a skullcap that covers their head, on TV and sometimes even in reality. Some people wear a Kippah all day long, while others just wear them during their congregations, yet others don’t wear the Kippah.

Most Jewish people wear a Kippah to cover their heads when they are praying or for other religious reasons such as attending a festival, a religious event, or even paying a visit to a synagogue. People in the Jewish community who wear the Kippah are seen as pious and devout people who are paying respect to God by covering their heads, showing that they fear Him.

In Yiddish origins, the Kippah is also known as a Yarmulke. Many Jewish people have embraced this cultural aspect of their religion to make their dedication to God and religion visible.

When Do People Wear A Kippah Worn?

The Kippah is worn to show a sign of respect and dedication to God, and therefore Jewish folk can wear it at any time. Many Jewish people who have devoted themselves to God keep the Kippah on for the entire day to make their dedication to religion visible. This is especially common among Orthodox Jews.

However, many Jewish people do not keep their Kippah on for the whole day, and they only wear the skullcap when they are praying in congregation, attending a religious event, or visiting the Synagogue. For these people, the Kippah is a sign of respect and humility that they embrace as soon as they are in the greater presence of religion.

Many synagogues also keep a supply of Kippot at their premises for worshippers who wish to wear one but do not own one yet.

Are Jewish People Obligated To Wear A Kippah?

The Kippah became a part of Jewish culture between the 17th and 18th centuries. Since then, it has slowly permeated Jewish cultures, obligating and encouraging different people to wear the Kippah on religious occasions.

However, it is interesting to note that there is no mention in Jewish Scriptures or legal texts of the Kippah. Therefore, it is not a religious obligation for Jewish people to cover their heads. It is purely a cultural aspect of Jewish traditions that they are still carrying into the modern world.

Do All Jews Wear The Kippah?

No, all Jewish people do not wear the Kippah.

Most liberal and reformed Jewish people do not wear the Kippah at all. They refuse even to wear a Kippah on religious occasions.

Most Jews who wear a Kippah, though, only wear it during religious events and when they are praying to God. The Kippah signifies dedication to God, but it is not a measure of how much one loves or respects God. Therefore, many Jewish people who only wear the Kippah when they are in religious surroundings are also highly devout and dedicate their lives to God’s will.

Do Women Also Wear The Kippah?

It is true that most portrayals of Jewish women on TV don’t show them wearing Kippahs, even if they are religious. However, this does not mean that women do not wear the Kippah at all in Jewish culture.

However, among the reformed and liberal Jews, some do wear Kippahs during religious processions. Some women wear Kippahs that are adorned with beads and other decorations as well, to signify their femininity.

While the head coverings worn by women in Jewish cultures may not resemble traditional Kippahs, they very much serve the same function as a Kippah.

What Is The Significance Of The Kippah?

The Kippah only permeated the Jewish cultures in the 17th and 18th centuries and was not a concept before that. There is no obligatory text in the Jewish scriptures which relays that people need to cover their heads as a sign of respect to God.

However, there is a story in the Talmud that may be traced to the significance of the Kippah. The story talks about a woman with a son. Astrologists foretold her that her son would have all the makings of a thief. The premonition scared the woman, and she decided to persuade her son to always keep his head covered as a sign of remembrance and respect towards God. Once, the covering fell off her son’s head, and he was suddenly overcome with the need to eat the fruit from a tree that belonged to him.

This story shows how covering the head helps instill the presence of God in the minds of his people, and it prevents them from going astray in their path of righteousness. Following this story, in the Talmudic times, men who were held in high regard in the community used to cover their heads. The Kippah is different and can be worn by anyone in the community.

Many Jewish people wear the Kippah to show their respect towards God and instill fear and remembrance of The Entity in their hearts. It is a very common practice, especially amongst Orthodox Jews. However, many reformed Jews have also adopted the practice and wear a Kippah during religious festivals and occasions as a visible sign of their beliefs.