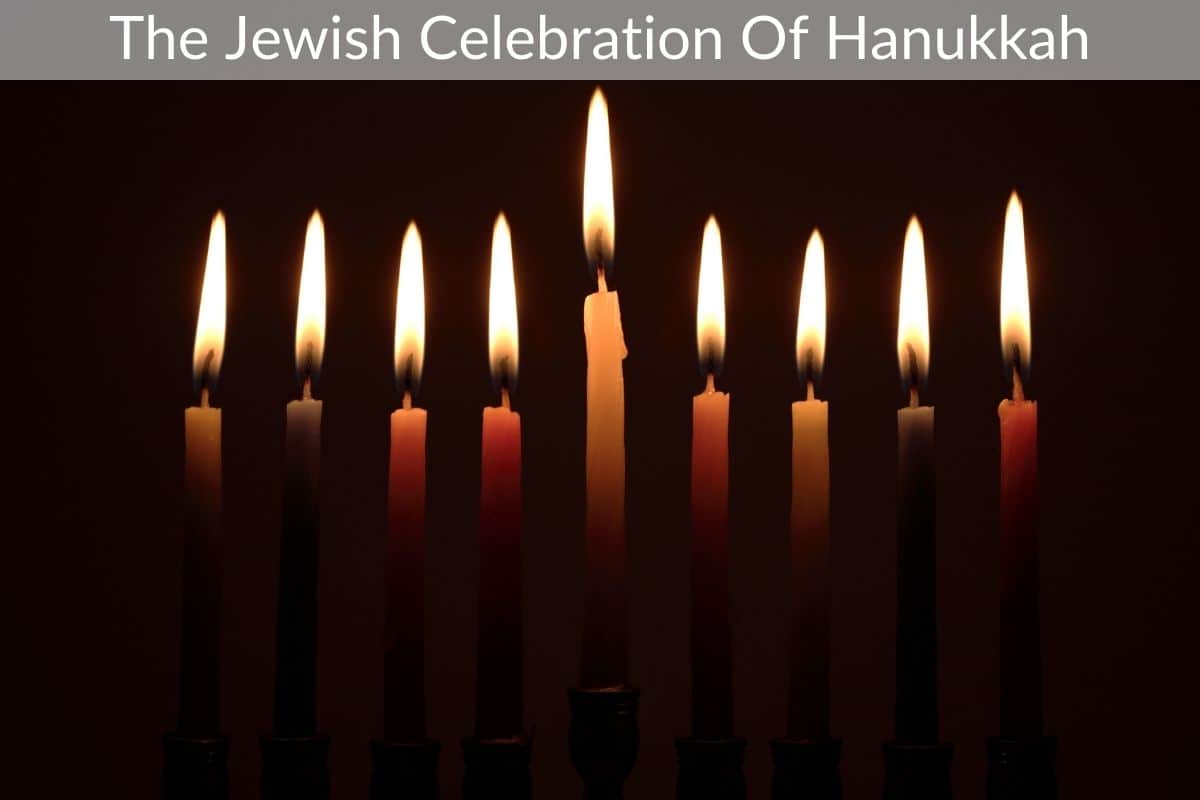 The Jewish people have several celebrations every year, but perhaps the best known is Hanukkah or The Festival of Lights. This celebration honors the dedication, or rather rededication, of the Second Temple in Jerusalem in ancient times. During that era, the Maccabean forces led a revolt against the Greek Seleucid empire. Hanukkah, also spelled as Chanukah or Hanukah, celebrates their victory over the Greeks and the rededication of the Temple to the Hebrew God.

What Is Hanukkah All About?

Hanukkah is a celebratory festival that commemorates the victory of the Maccabees over the oppressive Greeks. On the first day of the celebration that later became the Festival of Lights, the Maccabean Jews regained control the Second Temple of Jerusalem and rededicated it to their God.

Maccabees 1 and 2 of the Old Testament tell the story of Hanukkah. Interestingly, the Jewish Bible omits these books, but the Catholic Bible includes them. It is the Talmud that recounts the battles of the Maccabees and then the subsequent rededication of the Holy Temple. In there, you’ll find out why Jews light the menorah for the eight days of the festival

In the story of Hanukkah, the menorah in the Temple was purified. It then burned for eight days, when it only had enough oil to burn for one. This was seen as a miracle and serves as the basis for the lighting of the menorah.

The History of Hanukkah Celebrations

Even though Maccabees 1 and 2 aren’t part of the Jewish Bible, the Talmud discusses the event and charges all Jewish households to light the menorah during the eight-day festival. In 167 BCE, Judean Jews rose in revolt against King Antiochus IV Epiphanes of the Seleucid Empire.

Judah the Maccabee, the oldest son of a prominent priest, led the rebellion. In the fall of 164 BC, they were able to recapture the Temple in Jerusalem, which the Greeks had used as a pagan shrine. After cleansing the Temple and rededicating it to God, they held an eight-day celebration, which they patterned after Sukkot.

Some scholars theorize that the eight-day celebration was, in fact, a postponed Sukkot, which also runs for eight days. According to Maccabees 2, the Jews had to postpone Sukkot since they had no access to the Temple until the war was won. While the Torah includes the mitzvot to celebrate the Sukkot, there is no such command for Hanukkah. Instead, the holiday was added in the Talmud to honor the rededication of the Temple.

The tradition of lighting the eight-candle menorah comes from the legend that the Maccabees only had one day of lamp oil for their celebration. By divine providence, the lamp oil lasted for eight days to light the entire festival. This is the legend, but some in-depth exploration finds that this miracle may have been a Rabbinical invention to add drama to the story.

Why Hanukkah Is so Important

While Hanukkah is only a minor holiday and not required by Jewish law, many wonder why many Jews, especially in America, find it so valuable. The first stream to focus on Hanukkah was Reform Judaism in the 1800s.

While adult Jews were exploring a new way to approach their religion, they also needed to engage their children with songs, stories, and traditions. They promoted Hanukkah as a family holiday, and this approach gained favor with the many Jewish immigrants that followed.

Celebrating Hanukkah grew in popularity during the late 19th century among Jewish immigrants who wanted to enjoy the freedom of expressing their religion. The ability to celebrate a minor holiday with festive meals and gifts for their children gave them a feeling of success in the New World. It also competed somewhat with the commercialized Christian winter holiday, Christmas.

Romanticizing domestic life was a popular trend of the Victorian age. And Hanukkah, with its focus on children, family, and home-based celebrations, made it a natural for American Jews to participate in both the holiday and commercial spirit of the season.

Since the 1970’s, a movement by Chabad Hasidics engaged in the practice of lighting menorahs and displaying them in public places. This way, passersby can readily see and enjoy them. This display also encourages Jews to celebrate their faith in public, which was problematic in the past. In America, practicing Jews celebrate with parties including friends and family.

When Does Hanukkah Start?

The Hebrew calendar defines the dates for Hanukkah, which falls on the 25th day of the month of Kislev. On the Gregorian calendar then, Hanukkah could occur anytime during late November until the end of December. Hanukkah and Christmas, as normally observed, usually fall close to each other on the calendar.

Families recreate the nine-candle menorah that stayed lit for eight days during the first Hanukkah celebration. Some scholars have argued in the past how many candles families should burn on each night. Some scholars suggested lighting all of them on the first night and then dwindling to one on the last night to represent the dwindling supply of oil in the Temple.

Others, however, argued that in religious practice, one should always work to increase blessings rather than diminishing them. So, traditionally, we light one Hanukkah candle on the first night with the shamash “the helper” and then an additional one every night after.

While not uniform across the world, many Hanukkah traditions focus on fun, feast, and play for children. As a non-mandatory holiday, most Jews celebrate at home in the evening. After the lighting of the menorah, they serve special foods and children receive presents

One thing that most celebrants agree is that the holiday foods — particularly latkes — are the best part of the festival. Latkes, a type of potato pancake, and other fried foods, traditionally head the Hanukkah menu. Other festival foods include sufganiyot or jelly donuts fried in oil.

Other popular dishes for Hanukkah include cheese and dairy products, in honor of the Biblical heroine, Judith. As the legend goes, Judith charmed the enemy general, Holofernes. She then convinced him to eat the goat’s milk cheese and drink the wine she had brought. The story goes that the cheese was quite salty.

So, Holofernes drank too much of the wine to wash it down. When he passed out from drink, Judith took his sword and beheaded him. This caused the enemy army to panic and allowed the Israelites to retake her town of Bethulia with little resistance. In Syria and Lebanon, they enjoy cheese-filled pancakes covered with cream and fruit. Sweet cheese puff pastries are also well loved Hanukkah favorites.

In the past, Hanukkah presents tended to be small gifts, including a few practical items. The commercializing of all of the winter holidays has meant that even Hanukkah gifts have become more lavish over the years.

Traditionally, parents gave older children money, or Gelt (in Yiddish), which often includes chocolate candies covered in gold foil. Other traditional gifts include a dreidel, a top used to play a game of chance.

The Festival of Lights

This Jewish holiday, primarily, is a festival in honor of the family, children, and the comforts of the home. While it commemorates the rededication of the Temple, it also celebrates a return to normal life for the Ancient Jews. The return to the Temple and the beauty of candlelight at night reflects a family gathered together in solidarity. You’ll find deeper issues surrounding the original revolt and subsequent history of the Jews following the rededication. But, Hanukkah, observed today, also celebrates the blessing of God in the home.