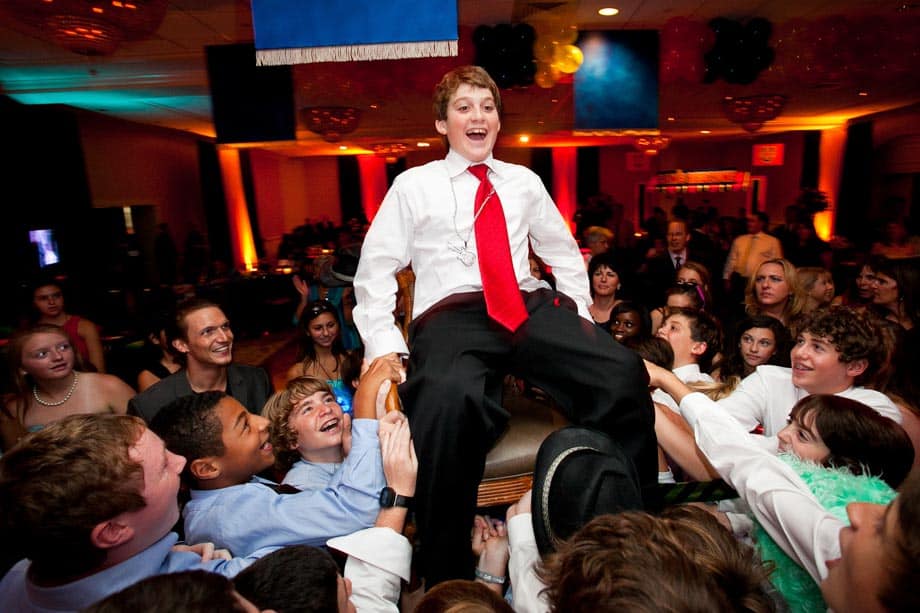 “Mazel tov” is one of the more familiar Jewish phrases that has been adopted in America. But unless you attended Hebrew School, do you have any idea what it means? Often confused for a toast, “mazel tov” is an upbeat way to wish someone congratulations or good luck. At a bar/bat mitzvah, guests use the phrase to welcome children into the adult phase of their faith. But what does it really mean?

What Does Mazel Tov Really Mean?

“Mazel tov” is an ancient Jewish expression that seems to have two different meanings. People use the phrase to express congratulations for a significant event or an occasion of happiness. It is meant to signify that you’re happy for the person. You’re pleased that something happened that brings them happiness and joy.
People also use the phrase mazel tov to wish someone good luck with something. It’s usually something important or significant in their lives or the lives of their loved ones. Many say that Jews don’t believe in luck. After all, the Talmud teaches that “the Jewish people are not subject to Mazel.” So, a phrase that means “good luck” seems somewhat contradictory.

Digging Deeper into the Meaning of Mazel Tov

The Talmud is an ancient discourse on the wisdom of Judaism and the Torah. While the meaning of mazel tov seems to contradict itself somewhat, you should understand that “mazel” doesn’t literally mean “luck.” Rather, a more appropriate meaning in common parlance would be “fortune.” And a further breakdown of the meanings behind the expression will give you a better context in how the phrase is used and why.
There are two words in mazel tov, both Hebrew in origin with a Yiddish translation. In Hebrew, it translates to: mazal tov, and in Yiddish, it’s spelled mazel tov. While there is very little difference in the two spellings, when written, it may give clues to the origin of the author or translator. Literally, the translation in either language is “good luck.” But the true meaning is somewhat more subtle.

The word mazal, or mazel means, literally “a drip from above.” Mazel is reported to be a drip coming down from the stars, which serves as a divine act of luck or grace. It is influenced by something heavenly, most likely God. The Talmud says that one’s mazel is very strong on one’s birthday. However, in contrast, the Talmud also states that Jews are not influenced or controlled by mazel.
The term mazel comes from the name of the Zodiac signs, the mazalot. Mazel is the influence from the stars and planets above. The Talmud teaches that the mazalot affect only three areas: our life, our children, and our occupation. God directs these blessings through the ether, and they pass through the stars and other heavenly bodies. You could also consider mazel another term for destiny. But then, the Talmud qualifies that claim by saying that prayers and good deeds can change that astrological influence or destiny. In this way, Jewish people aren’t completely subject to mazel. While associated with Jewish astrology in the Medieval age, since then, the word mazel has come to mean “luck” instead.
But the phrase originally referenced the position of the stars and their influence on one’s life. So, rather than wishing someone good luck, perhaps mazel tov more accurately acknowledges that someone has experienced good fortune, and we hope it will continue for them. It’s easy to see how the phrase has evolved over time since it has served as a form of congratulations for centuries. Its use in Yiddish after happy events like weddings and childbirth has certainly influenced the transition from “good luck” to “congratulations.”

Because of the shift in the original meaning, many people say “be’shaa tova” when wishing someone good luck. This seems to derive from the superstition against saying “mazel tov” to a pregnant woman. Since many times a pregnancy can go poorly, acknowledging their good fortune may be premature. Such assumptions can tempt bad luck or the evil eye. You don’t say “mazel tov” until the baby is born and pronounced healthy. So, instead, you would say “be’shaa tova.” This phrase translates to “in a propitious time.” This means that you hope that everything goes well in the future. Or in other words: good luck. So, while mazel tov acknowledges a happy event, be’shaa tova is a wish for that happy event.

When to Say “Mazel Tov”

While Jewish scholars have seemed ambivalent about the usefulness of astrology over thousands of years, there’s no denying that it has influenced many Jewish customs and beliefs. Kabbalah, a mystic tradition within Judaism, has influenced many rabbis and lay members. You can still find it in the Hassidic tradition. In the mainstream, however, while many of the sages of the Talmud acknowledge astrology, they also warn not to depend on fate or luck. And the mitzvot prohibit fortune telling, regardless.
That said, it’s important to know when saying “mazel tov” is appropriate. Feel free to use it as a response to a happy event. These can include a wedding, a birth, or a promotion. Consider it a replacement for “congratulations.” But, remember you’re acknowledging that the person has already experienced that “good luck.” For wishing a good outcome for the future, use “Be’shaa tova” instead. However, when saying that to a pregnant woman, make 100 percent sure that she really is pregnant before do so.