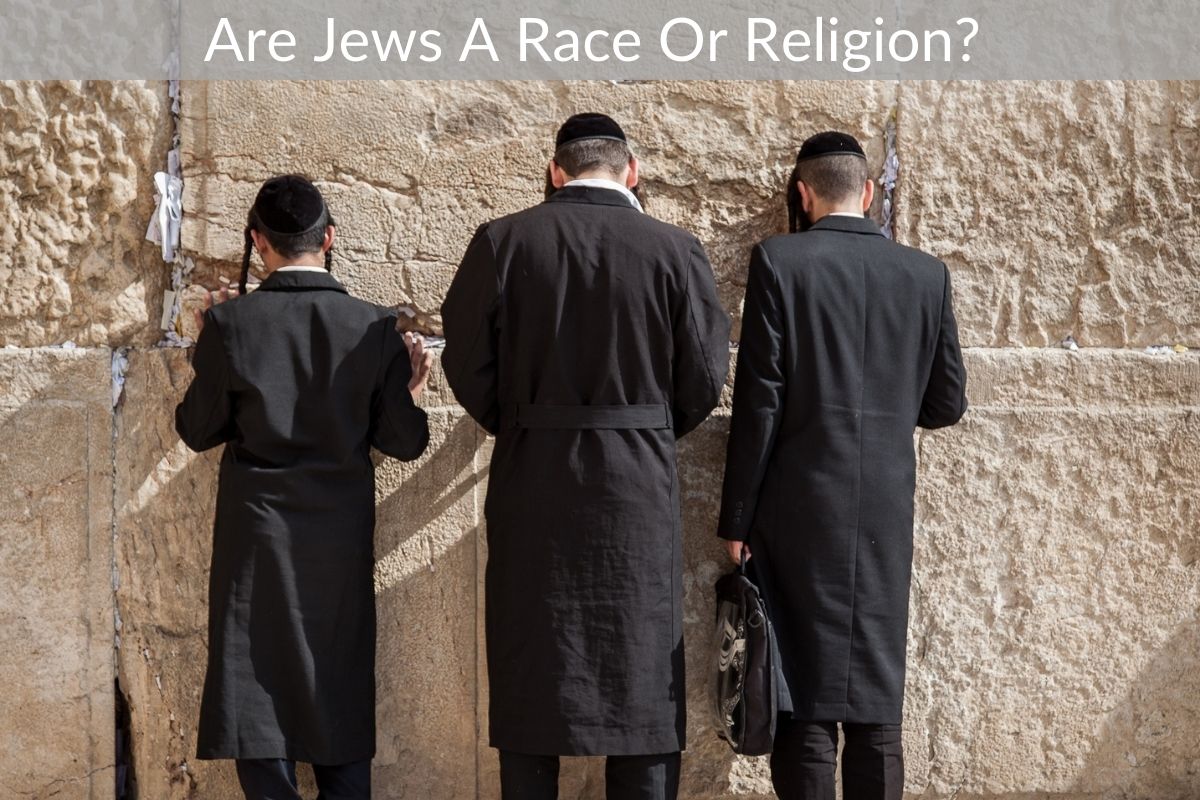 The Jewish people have been at the center of some of the most critical and horrific times in history. Historically, Jews are descended from the Israelites and Hebrews of historical Israel and Judah. Jewish ethnicity, religion, and nationhood are strongly related.

Historically, Jews were a race, but today not all Jews look the same. In fact, Jewishness is not a language, nationality, or ethnicity.

There are many Jews all over the world. So to answer the question of whether Jews are a race or religion, I would settle with the latter.

Although many Jews are from the same area of the world originally it is generally considered a religion. Jews havs a belief in certain customs, teachings, and cultures. In fact, we can equate the Jews to Christians or Muslims. It is simply a religion.

While it is a religion, there are many Jews who aren’t religious. Jewish traditions and customs are passed down from parents to children and at times bear recognizable genetic characteristics — but then again, Jews come in all colors and racial backgrounds.

The question of whether Jews are a race or religion is quite a complex one. Even Jews don’t agree on just what Judaism is. The faith shares some of the characteristics of a nation, a religion, an ethnicity, and a culture. This makes the definition of who is a Jew vary depending on whether you take a religious or national approach.

Today, identifying who or what makes a Jew includes three groups. The first are people born to a Jewish family regardless of whether they follow the religion. The second set of people is those with some Jewish ancestral background or lineage. And lastly, those people without any Jewish ancestral background or lineage but who have converted to Judaism and therefore start following the customs and beliefs of the religion.

What Is the Modern Definition of a Jew in the U.S.?

Early Americans commonly viewed Jews as a separate racial category. An old 1775 text by Johann Friedrich Blumenbach boldly claimed that the “the nation of the Jews, who, under every climate, remain the same as far as the fundamental configuration of face goes, remarkable for a racial character almost universal, which can be distinguished at the first glance.”

However, as the social and racial landscape in the United States changed, that belief of viewing the Jews as a race instead of a religion also changed.

A survey report conducted by the Pew Research Center asked some people in the U.S. who identified as Jews a few questions to try and find the correct definition of what makes a Jew. These included what their ethnicity was, what their heritage was, and where they were born.

The following statistics were reported:

The survey also asked about their Jewish heritage, i.e., whether they are Ashkenazi (Central and Eastern Europe), Sephardic ( Spain), or Mizrahi (the Middle East and North Africa). The answers were as follows:

All these overlapping categories of race and ethnicity, geographic origin, and Jewish heritage and geographic origin all contribute to the confusion of whether being a Jew is defined by race or religion.

However, as we’ve stated before, all these definitions, as different as they are, can exist at the same time. In fact, according to the Miriam Webster dictionary, a Jew is “…a person belonging to a continuation through descent or conversion of the ancient Jewish people.”

Judaism is based on the belief that there is one transcendent God who revealed himself to Abraham, Moses, and the Hebrew prophets.

It is one of the oldest religions in the world and dates back as far as 2000 years B.C. The Christian Bible and the Jewish Torah both have an account of this convent and trace Abraham’s steps from the time God first called Abraham to leave his home and follow Him.

God promised Abrahams to make him a father of a great nation and that one day, his descendants would inherit the entire land of Canaan (modern-day Lebanon, Israel, Palestine, Northwestern Jordan, and certain parts of Western Syria).

Orthodox Judaism and Conservative Judaism follow the strict Halakha Jewish law that identifies people as Jews if their mothers are Jewish or if they underwent a halakhic conversion. The common sentiment among strict Jewish schools of thought is that the Jewish identity is defined through ethnicity and not religious conversion.

Throughout the middle ages and all the way into the 20th century, most of the European world agreed with the notion that the Jews were a distinct nation. However, we must point out that this concept of a nation did not require the Jews to have a territory or a government. This is especially important to note because, at some point, the ethnic Jews did not have a territory or government.

But the more liberal Jews have the opposite view. They believe that:

Are Jews and Judaism a race? In short, not anymore. Although the Jewish religion has its origins from a single ethnicity in the Middle East, the definition of what makes a Jew today is entirely different.

While there is a definite identifiable group of Jewish genetics, there are plenty of genetically and ethnically Jewish people who aren’t Jewish. To summarize, having ancestral ties to the traditional Jewish race does not necessarily make you a Jew today.

Alcohol is considered taboo in many religions because of its intoxicating effects on the body and mind. When answering the questions, ‘do Jews drink alcohol?’ and ‘are Jews allowed to drink...