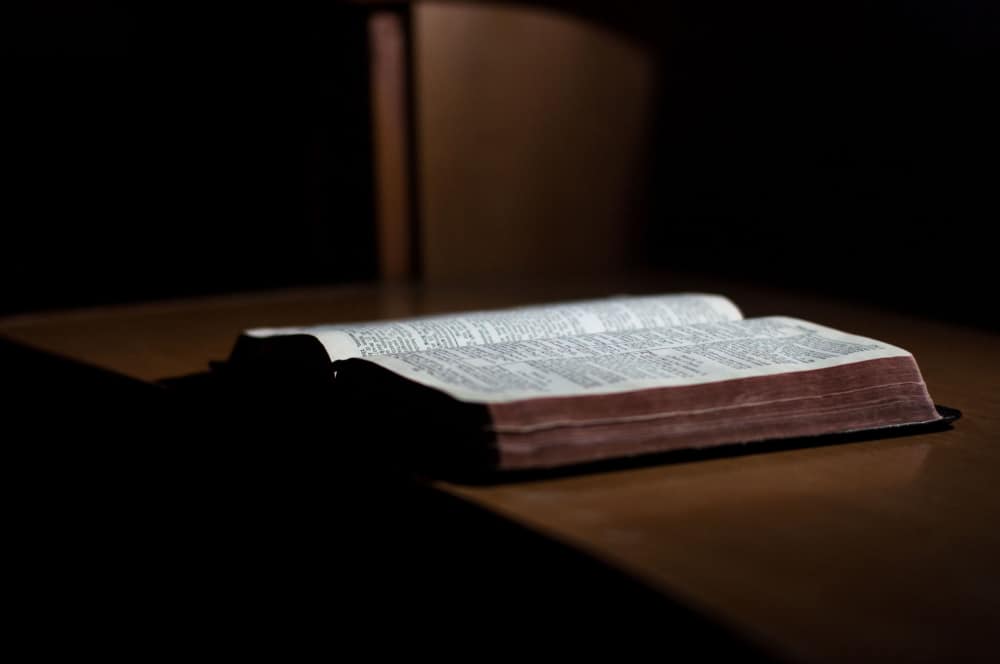 The Haftarah is a common feature of services during both Shabbat and important holiday services at temple. The Haftrarah reading comes from one of the Prophets and is given after the selected Torah reading. The Haftarah reading for each week has been matched thematically to the current week’s Torah portions by Jewish Sages before the common era.
The Haftarah cycle will also make an appearance in your Bar Mitzvah or Bat Mitzvah. You’ll be expected to read the appropriate portion during the service in addition to your Torah portion.
Not sure what the Haftorah is or why is included in your service? Keep reading to learn everything you need to know about the haftarah and haftarah tropes.

You’ll choose readings from both the Torah and haftarah reading cycles, which together make up the full day’s scriptures. The primary difference between the two is in where we find the passages in the texts (as well as the way they are sung during the service).
Passages from the Torah come from the entirety of the Five Books of Moses (Genesis – Deuteronomy). While haftarah readings come from the books of the Prophets, only select passages from those books make up the reading cycle. Like Torah readings, there is a cycle provided for the use of the Prophets found within Rabbinical literature.
Additionally, like Torah readings, the reader introduces every haftarah reading with blessings (berakhah) to send praise to God for providing the Prophets.

Using the Haftarah in a Bar/Bat Mitzvah

The role a child plays in their service differs depending on the expectations of the synagogue and its associated movement as well as on the child’s learning and abilities. You’ll learn more from your rabbi, and your child will be well-informed of their role during the Bar Preparation classes.
Differences in roles don’t mean your congregation is deviating from tradition. Bar/Bat mitzvah ceremonies are fairly recent developments compared to the texts themselves. Their newness means there is flexibility. In fact, the only thing a child must do during their Bar/Bat Mitzvah ceremony is receiving the call to the Torah and answer it.
How, then, does the haftarah play a role in the ceremony?
The ceremony will likely begin with the child being called to perform the Aliyah, or the blessings that bookend the Torah readings. Though, if the ceremony is not part of the Shabbat service, there may not be an Aliyah at all. Additionally, if you’re a member of a very traditional movement or community, a girl may not be called for an Aliyah on her Bat Mitzvah.
It is also likely that the child will participate in the reading of the seven portions of the Torah of the weekly portion. In most cases, they participate in the maftir, which is the seventh and final reading of the day. But some children may be called to take part in the entire day’s reading.
If the service takes place on Shabbat, the child may be called to chant the haftarah in the morning service. If the rabbi decides they will do so, then the child will also provide the haftarah blessings.
Again, in a traditional temple, the girl whose Bat Mitzvah is taking place may not perform any role, including the haftarah. The only exception is a woman’s only prayer service.

It is an important part of a Shabbat, holiday, or Bar/Bat Mitzvah service, and there are a few theories to suggest why.
Some believe that returning to the books of the Prophets was a response to Antioch Epiphanes’ persecution of the Jews when it was prohibited to read the Torah both publicly and privately.
Another theory suggests that when the Samaritans denied the role of the Prophets (except Joshua), the haftarah became a weapon for believers.
One possibility suggests that it became a temporary replacement in a synagogue when the Torah scrolls were ruined or destroyed, and no other ritual copy of the Torah was available.
Without the Torah, which formed the center of a service, the synagogue leaders turned to the haftarah because there is no Rabbinical mandate regarding the quality of the parchment from which we read the Prophets.
These ideas are all plausible, but there are very few references to the haftarah except Acts 13:15and several other Christian New Testament references noting the custom of reading the Prophets during the period of writing.

Preparing for a Bar/Bat Mitzvah: Chanting the Haftarah

Just like the Torah, a child does not simply read the haftarah but chants in a specific way referred to as the haftarah trope. ‘Trope’ is the Yiddish word for cantillation and tropes are musical symbols that include special chanting motifs of cantillation. It is an artform practiced vigorously by children preparing for their Bar/Bat Mitzvah if their congregation asks them to perform a reading during their service.
In most cases, children practice the tropes during the learning that takes place before the ceremony, called Bar Preparation. But there are also resources online that provide guidance on learning to read both Torah and haftarah tropes and blessings.
Remember, the haftarah’s cantillation is unique to that of the Torah: the melodies are substantially different and include different keys.
Looking for more resources? YouTube offers many different resources on tropes for both the haftarah and the Torah.

Why and How We Chant Scripture?

Chanting the Torah may have been an early form of punctuation, the melodious crescendos and pauses are indicative of starts and stops in the story. According to Orthodox


Judaism, some of the cantillation marks beguile more information about the Torah story from the mere translations of their names. Nevertheless, the written melodies first appeared in late medieval sources for both Ashkenazi and Sephardic Jews. According to tradition, you should chant the Torah using a major key, only using a minor key at the end.
However, you chant the haftarah and blessings using a minor key. Moreover, the chant ends using the pentatonic mode with the post-haftarah blessing also being pentatonic.

Are You Ready for the Bar/Bat Mitzvah?

These rites of passages may be as elaborate or as simple as your congregation prescribes. But the training provided before the service will ensure your child is ready for their Bar or Bat Mitzvah.
The haftarah is just one element of the ceremony. Still, it is one to be familiar with because it is also often a part of regular services.
Looking for more on Bar/Bat Mitzvahs or even on general questions like the differences between the Torah vs Bible? Check out the rest of our content.