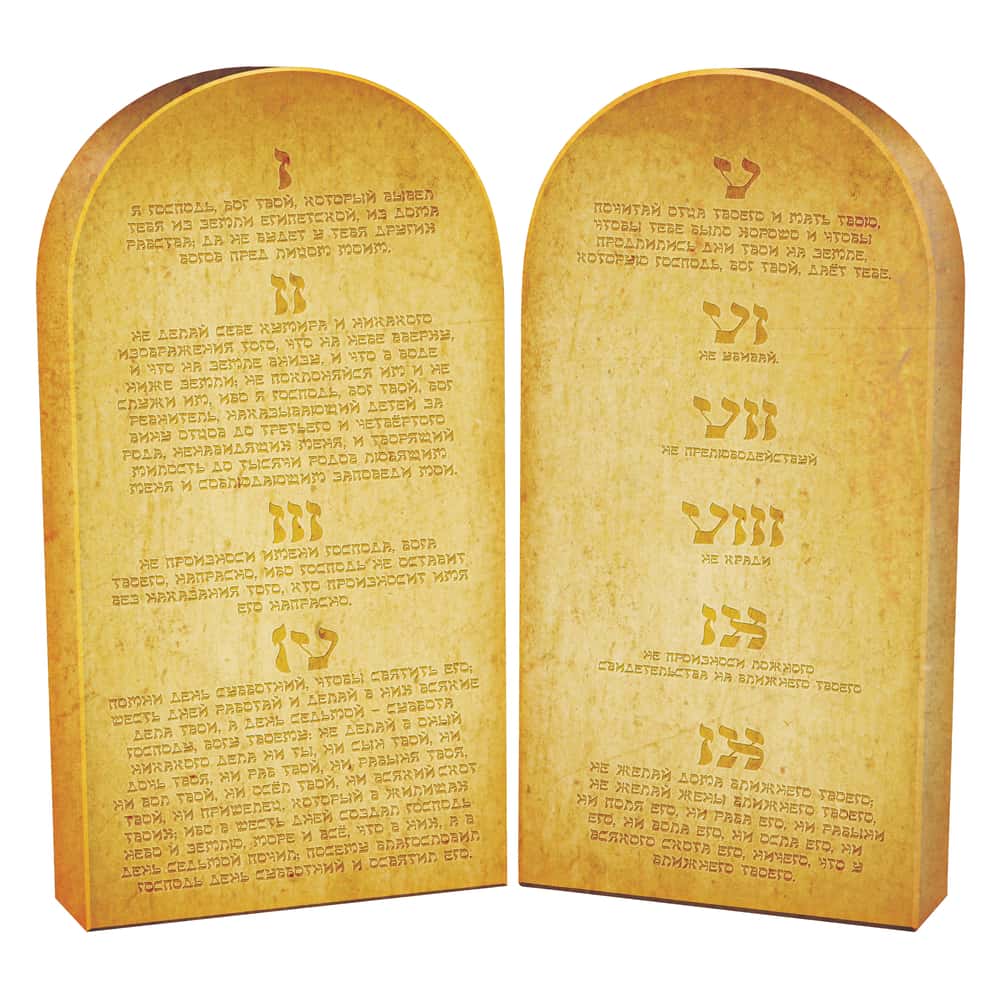 If you’re preparing for a Bar Mitzvah or merely interested in brushing up on Judaic tradition and law, you’ll need to know the definition of mitzvot, what they are, how many of them there are, and from where they originated. Having a Torah handy and studying may be helpful. However, that isn’t necessary to understanding the definition of mitzvot and how they influence the purpose of a Bar Mitzvah.
Demonstrating a full understanding of the most critical mitzvot is essential as a rite of passage during a Bar Mitzvah. It proves that the young person is ready to be held to the same standards as all adult Jews as directed by God. In this article, we’ll answer these mitzvot questions in depth so that you can handle curveball bar mitzvah discussions with ease.

The Definition of Mitzvot in Modern Conversation

In common use, the word “mitzvah” can mean a good deed. This isn’t the meaning of the mitzvot in this context. Here we define mitzvot as God’s commandments. However, many Jews use the term to indicate an act of charity. For example, helping an elderly member of the community home with their groceries may be called a “mitzvah.”
While the mitzvot often require charity, such kind acts aren’t specific commands. So, while accepted in casual speech, the two are not identical concepts.

What is the Definition of Mitzvot?

The true definition of “Mitzvah” (singular of mitzvot) can be easily understood by reading Genesis and inferring from the context of the following section of Genesis 26:5: “Because that Abraham hearkened to My voice, and kept My charge, My mitzvot, My statutes, and My laws.” In short, Abraham did as God wanted and thus was consistent with the mitzvot. In subsequent translations, “mitzvot” are commandments and comprise the basis of halakhah, or Judaic law.
Though Abraham was the first man mentioned as obeying the mitzvot, interestingly, he wasn’t the first person to receive mitzvot from God nor be held to the standards of God’s laws. Noah received seven mitzvot from God. These are the seven Noahideide laws of universal morality that God expects every nation to obey. Moses is traditionally the figure thought to be responsible for receiving the mitzvot from God, and subsequently, teaching them to the Israelites.
That raises another question, though. How many of these laws are there, and how many statutes does each of these laws have? Are these the same ten commandments that Moses became famous for receiving? What are the consequences for disobeying one of the mitzvot?

If you’re wondering how many commandments are there in light of the commonly known 10, you’re not alone. There is an abundance of terminology that makes the issue more confusing.
Although the exact number is up for a Talmudic debate, the most commonly accepted number of commandments is 613, which everyone calls the 613 mitzvot. If you want to know every one of the 613 mitzvot, you can read the officially accepted list. There’s a catch, though.
Of the 613, 365 of the mitzvot are negative rules or prohibitions, while the rest are positive rules or religious obligations. So, if you’re Jewish, there are quite a few rules to follow. Some say there are too many, and most Jews can only perform them under certain circumstances. For example, several are only relevant to the Temple of Jerusalem, which currently doesn’t exist. For Jews outside of Israel, only about 369 are still applicable. And some are excused for individuals, depending on gender.
What are a few of these mitzvot, you may ask?
Among many other advisories, the 613 mitzvot advise “not to remove the staves from the Ark.” Other mitzvot advise “not to put olive oil in the meal-offering of a woman suspected of adultery.” While many of these cannot be kept in modern times, mitzvot such as keeping the Sabbath and not breaking vows still serve admirably in any age. Consult your rabbi for more in-depth analysis regarding the importance of these mitzvot, as their meanings and intentions can prove somewhat ambiguous.

The Most Important Mitzvot

While rabbis of all Jewish denominations currently agree that there are 613 mitzvot, this wasn’t always the case. The number of mitzvot was at various times declared to be 613, 611, 600, and multiple other numbers. Indeed, there is still a controversy today over exactly how many mitzvot are truly there. Some speculate that the 613 accepted were simply the most convenient because they were all listed in one single piece of literature in the Torah. Among scholars, 613 is the number that was settled on definitively, although the vast majority of Jews know only the summary of these 613 mitzvot:

These mitzvot are shockingly similar to the Ten Commandments—which Jews obey– but there’s yet another twist. Some mitzvot are derivatives of the other 613 mitzvot that aren’t as important as the core mitzvot. However, one can’t just ignore them, because they form the majority of Judaic practices.
It’s important not to take all of the mitzvot literally, as many of them involve practices generally unconsidered outdated in modern times, such as animal sacrifice and violent sentences for infractions. For example, several blocks found in different mitzvot provide detail for maintaining kosher standards. While mitzvot devoted to preparing food in a kosher way provides guidance, most people simply pay attention to the mitzvot devoted to eating. Others detail domestic laws considered somewhat impractical, such as refraining from shaving, not wearing the clothes of the opposite gender, or marrying your brother’s widow.

In addition to the six core mitzvot, and the 613 of the Torah (mitzvah d’oraita), there is also a set of “Rabbinical” mitzvot. Called mitzvot d’rabbanan, which are described in the Talmud. While considered important, obedience isn’t regarded as critical. In practice, these mitzvot are combinations or reinterpretations of several of the 613 mitzvot. There is also the introduction of several practices and rituals that early rabbis used to foster tradition.
These mitzvot are:

The Talmud leaves these mitzvot unnumbered because none are necessarily more important than others. This ambiguity follows the understanding of the early rabbis who compiled them. And each sect of Judaism may place a different level of importance on each of these Rabbinical precepts. So, let your rabbi be the guide when it comes to deciding your practice.

What is the Origin of the Mitzvot?

Each mitzvot definition comes from Mosaic law, which some also refer to as the Mosaic covenant. Most worshipers will be familiar with the Mosaic covenant’s passing down during Moses’ commune with God at the top of Mount Sinai, as mentioned in the Torah.
This interaction paved the way for Moses to become a leader of the Jews and lead them on an exodus from Egypt. Presumably, the walk from Egypt to the promised land was a very long one. This left Moses with plenty of time to provide his followers with a new set of rules. These rules integrate into the scriptures as essential commandments by which all Judaic people should live. However, modern Judaism tends to take a much more relaxed stance towards enforcement of the mitzvot.
Indeed, mosaic law consists of five separate books of the Torah, allegedly written by Moses while wandering the desert. Eventually, the trek from Egypt to the Promised Land would end. There, the Israelite kingdom would form and base their legal systems on the mitzvot.
Upon the foundation of the Israelite kingdoms from 1200 BC to 150 CE, the mitzvot were altered substantially by a body of rabbinical scholarship that led to the aforementioned Rabbinical mitzvot as well as the various genera of Judaism.
The Levites frequently appear in the Torah as guardians of the 613 original mitzvot. It’s possible that this guardianship may be a literal translation rather than a figurative one. This would mean that they were the ones responsible for ensuring the physical security of the Torah within the temples. Though some interpretations suggest this also means ensuring that the ideological messages remain consistent. Given subsequent historical background regarding the Levites, either definition is plausible.

Wrapping Up The Definition of Mitzvot

After reading this article, you should be fully confident in your understanding. And you should be able to produce a definition of mitzvot of your own that meets the standard of a rabbi.
Don’t worry about drawing a blank on all 613 mitzvot; many of them are not very useful in modern times. For example, mitzvah 31 says not to make human forms even for decoration purposes. Following this mitzvah literally would rule many images, from family photos to your driver’s license.
Likewise, mitzvot 66 prohibiting seeking advice from a necromancer, while a good piece of advice all around, may not prove as relevant as the rabbinical mitzvot or the Ten Commandments when it comes to living a Jewish life by the Torah.

link to Do Jews Celebrate Christmas?

Continue Reading
link to How Should You Give Money At A Bar Mitzvah?

A Bar Mitzvah is an exciting time in a young person’s life. While a celebration for a Bar Mitzvah isn’t necessary, it is a fun way to celebrate a young boy becoming a young man.  If you...