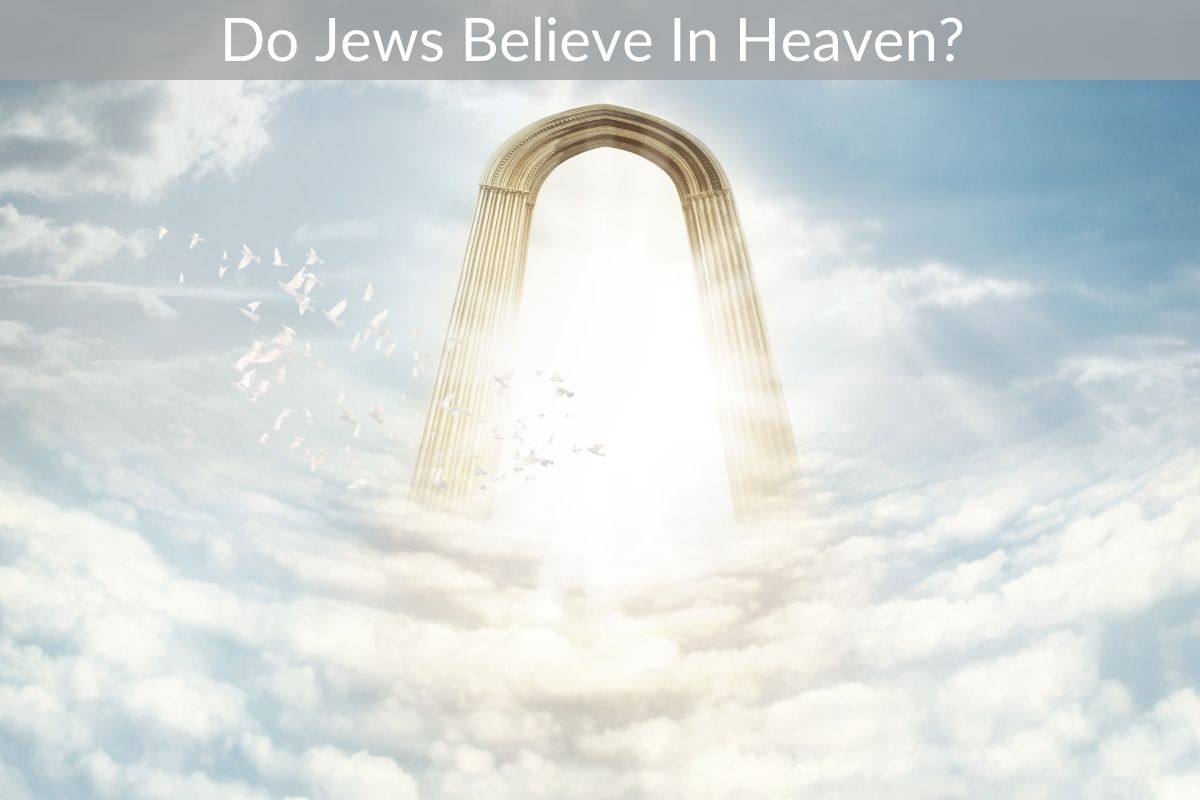 Jews do believe in Heaven. They believe that Humans will live out life after the current life.

This afterlife has two abodes: Heaven and hell. They believe that Heaven is a sequel after the suffering of this life. Jews tend to call the Afterlife Olam Ha-ba and Gan Eden.

Do Jews Believe in the Afterlife?

Yes, they do. The afterlife is one of the fundamental beliefs of Judaism. Without belief in an afterlife, the whole structure of Judaism is rocky. Their belief is constituted by the fact that all human beings have a spark of the divine. In Hebrew, they call this Neshama, which means breath. Jews believe that God breathed life into every human, and this will be taken away at death and returned in the afterlife.

They believe that since God is forever, so is the Neshamah. One’s Neshamah lives a heavenly life before they are brought into this world, and it will continue to exist much after their body in this world decomposes. The Neshamah carries into the afterlife. We have listed below some facts that Jews believe about the afterlife.

There Is an Afterlife

Every era of the Jewish life identifies a place where they will go upon tasting death. In the bible, it is called Sheol. In Rabbinic traditions, the afterlife goes by several names, including the yeshiva shel mallah. Jews believe in Heaven, too. They will refer to as Shamayim.

Jews believe that Heaven is open for any righteous person. They don’t only have to come from the Jewish faith, but rather the residents of Heaven will be religious and righteous people from several faiths. This also leads us to the conclusion that Jews believe in Heaven. The concept of hell doesn’t exist in Judaism. The closest resemblance to hell is the fate of the Apostate, who is believed to be cut off from the rest of his kin.

The Afterlife Will Continue on Earth

The Afterlife Has Many Forms

There are many different forms of the afterlife, and these forms are as diverse as Judaism itself. People of the Jewish faith believe in several things; they believe in the reconnection of the flesh and spirit of a resurrected body. They believe in a person’s essence continuing to exist in their children and grandchildren after they die in Heaven.

What Do Jews Believe About Heaven?

Jews believe that Heaven is an important destination for souls that have exited the Earth. They believe that it’s the Garden of Eden or the Gan Eden. They consider Gan Eden as the ultimate result for someone who’s worked hard on Earth to ensure they get there.

The Jewish faith believes that if a soul belongs to a person who conducted good deeds and read the Torah in their lifetime, they deserve the Gan Eden. Gan Eden is the solution to the limitation of the pleasure that this world has to offer.

The problem with this world is that this life is not enough for a good soul to experience the pleasure of the good deeds they conducted. The soul can’t understand the extent of the good in the confines of a physical body.

But once the soul has escaped this reality (via death), it can just float up to Gan Eden. Gan Eden is another realm where the soul is free to bask in the golden light of Shechinah, and this light is the way for the soul to receive the pleasure of the highest kind.

If you’re having trouble thinking about pleasure without a physical body, think about all the times that you’ve had spiritual pleasures. Think about what it feels like to look at a burgeoning forest or listen to a stream of water. Music, art, and fine literature can change daily life and take you somewhere full of enjoyment and pleasure.

Heaven is the existence of this pleasure at all times. Or at least, that’s what Judaism dictates.

Jews are not a monolith, so we can’t say for sure what all Jews believe. However, for the most part, belief in Heaven or the afterlife is a necessary tenant of the Jewish Faith.

Many Rabbis do believe that there is a heaven that exists for everyone. They also believe that not all Jews will enter this heavenly abode. People who have done the wrong deed and have caused harm in this world are corrupting their souls and will not be granted a place in Heaven. Instead, they will live out their afterlives in the valley of Gehinnom.

Some Rabbis believe that this is a place for punishment, while others believe it’s a place for reformation. Jews also believe that Jews have a certain birthright to Heaven as they are among the righteous. However, not all Jews can go to Heaven if they don’t follow the basic tenets of kindness, good, and worship of their faith. Jews believe that a soul embroiled in bad can give up the part of them with a share in Olam Ha-Ba. Olam Ha-Ba is what makes a soul to Heaven.

We learn that Jews believe in Heaven, Hell, and the afterlife concept through all of this literature. Other religions similar in this belief are Christianity and Islam.

All Jews don’t believe in the same thing. However, there is a general belief of good being rewarded and bad being punished. There is also a belief that the Earth is just a place for souls to be tested.