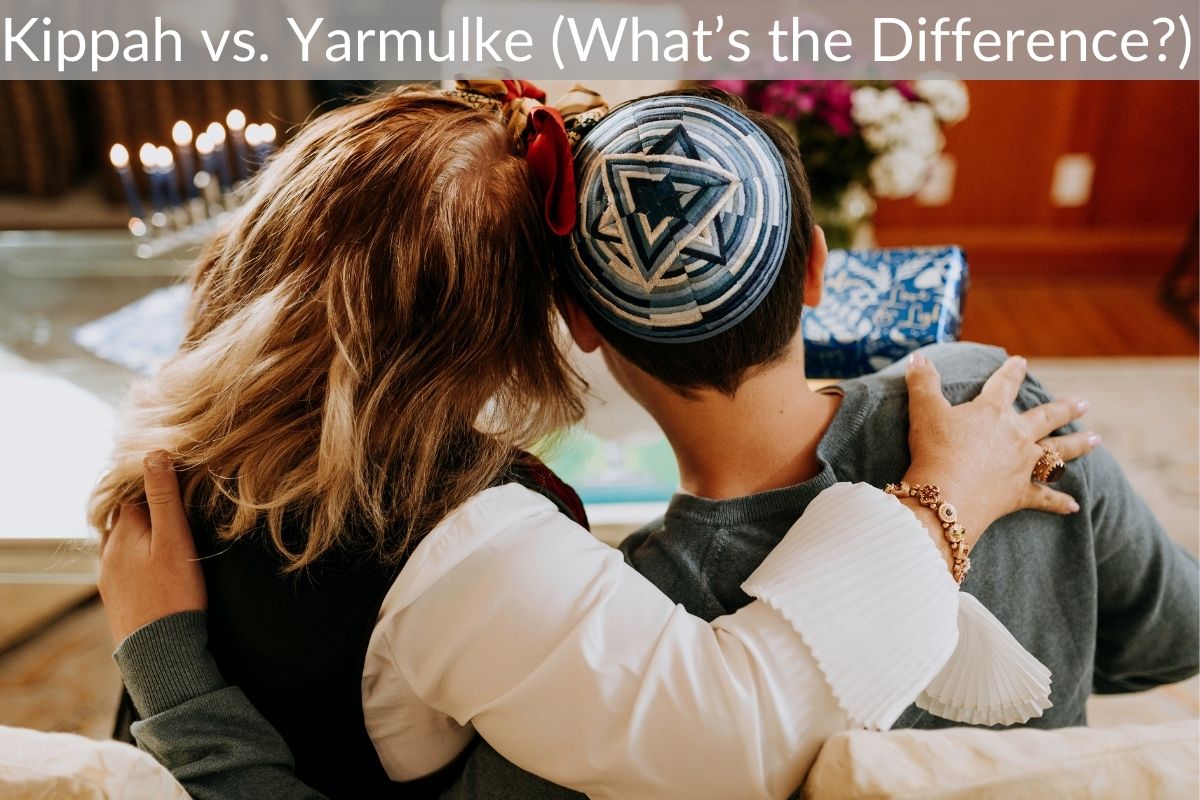 Our world is home to numerous civilizations, each having its own traditional customs. You can find an extensive range of customs almost everywhere. In each corner of the earth, you will find people following different traditions, from celebrations to their clothes and even culinary preferences. People mostly display their religious or cultural values through their clothes, culinary preferences, or celebrations.

Like most other phenomena, clothes play an integral role in identifying with a culture. They not only make you a part of it but also help preserve the culture. Both Kippah and Yarmulke are types of Jewish headgear worn to show off these cultural traditions. Even though both these are caps worn on the head, there is a slight difference among them, and we will touch upon that.

The major difference between Kippah and Yarmulke is not in the cap’s style or color but the language of origin for both caps. They essentially mean the same thing, with the only difference being that the cap is called Kippah in the Hebrew language, and it is called Yarmulke in the Yiddish language. However, both of them refer to the same cap, which is worn above the head, specifically by people who practice Judaism. Today, primarily orthodox religious people tend to wear these caps as a sign of faith towards the Jewish religion.

The word Kippah is taken from the Hebrew language, and it translates roughly to the ‘dome.’ In some other areas and languages, it is referred to as the prison because, in ancient times, roofs of prisons were also shaped like domes. It is essentially a cap worn over the head by Jews and made from wool, cloth, silk, etc. Its primary purpose and the reason why Jews still wear it over their heads is mainly that it allows them to fulfill their religious obligations.

The word Yarmulke, on the other hand, also refers to the same head-caps, but it is categorized differently because it is taken from Yiddish, which is a different language. The word originally came from the language known as Silvis and meant a cap in its most basic description. Yarmulke comes from joining two words together, which were Yarei Malka, essentially meaning ‘fear of the king.’

The only difference between Kippah and Yarmulke is the languages they are derived from and their origins. They are essentially caps meant to be worn over the head and serve the purpose of fulfilling religious obligations for the Jews.

The Kippah is a Hebrew word meaning the dome and is meant to denote a cap shaped like a dome and worn over the head by Jewish people. It was known in Talmud, another language, as a prison, as the prisons in those times had domes in the roofs of their buildings. Some sections of the Jewish community believe that these head caps had become necessary. They covered the head during religious obligations and allowed people to fulfill their obligations without reprisals.

The Jewish community in Talmud believed that these caps depicted the dominance of God above the people who were wearing these caps. When you are referring to multiple Kippah caps, they are known as Kippot, and over time these caps have gone through numerous upgrades and evolutions.

Yarmulke is a Yiddish word derived from the Silvis language and is another word used to describe the Kippah cap worn by Jewish people. The only difference between the two words is their origin and the meaning of the word. Yarmulke is made from two different words: Yarei and Malka, which initially meant the fury of the king.

The caps were usually worn by people from Ashkenazic groups, who practiced Judaism daily. Some of the other names of the Yarmulke cap are Yamalki or Yamalka. It’s a cap meant to be worn with ethnic clothing and depicts one’s closeness to God and willingness to fulfill their religious obligations. The cap has evolved over time and now has numerous textures and colors, including silk, yarn, and wool.

Why do People Wear Kippah or Yarmulke?

People have different reasons for wearing the Kippah or Yarmulke, as people usually denote their culture through their attire. Jewish people have worn these caps for centuries and will keep wearing them for centuries to come. Some people wear them for religious reasons, while it is all about upholding their cultural values for others.

Judaism is also a religion with a strict system of regulations and laws, and those who practice this religion don’t like to stray from the path. Therefore, they may try to invoke feelings of righteousness in others by wearing the Kippah or Yarmulke or doing it out of compulsion for their religion. Whatever their reasons, you can say that they are wearing the same cap, as no matter what you call it, whether the Kippah or the Yarmulke, you can safely say that they are wearing the same thing.

People worldwide have different religions and cultures, and they usually depict themselves in a different light by the way they dress up. The Kippah or Yarmulke has been a feature of Judaism, and every Jewish person can be seen wearing these caps at some point or the other. It’s become a defining characteristic of Jewish people, and one can say that it has become their symbol.

No matter what you call it, the Kippah or the Yarmulke, they are both two sides of the same coin, with the only difference being that in Hebrew, you will call it Kippah, but in Yiddish, you will call it Yarmulke. Therefore, call it what you want, but it is basic headgear that all Jewish people wear.