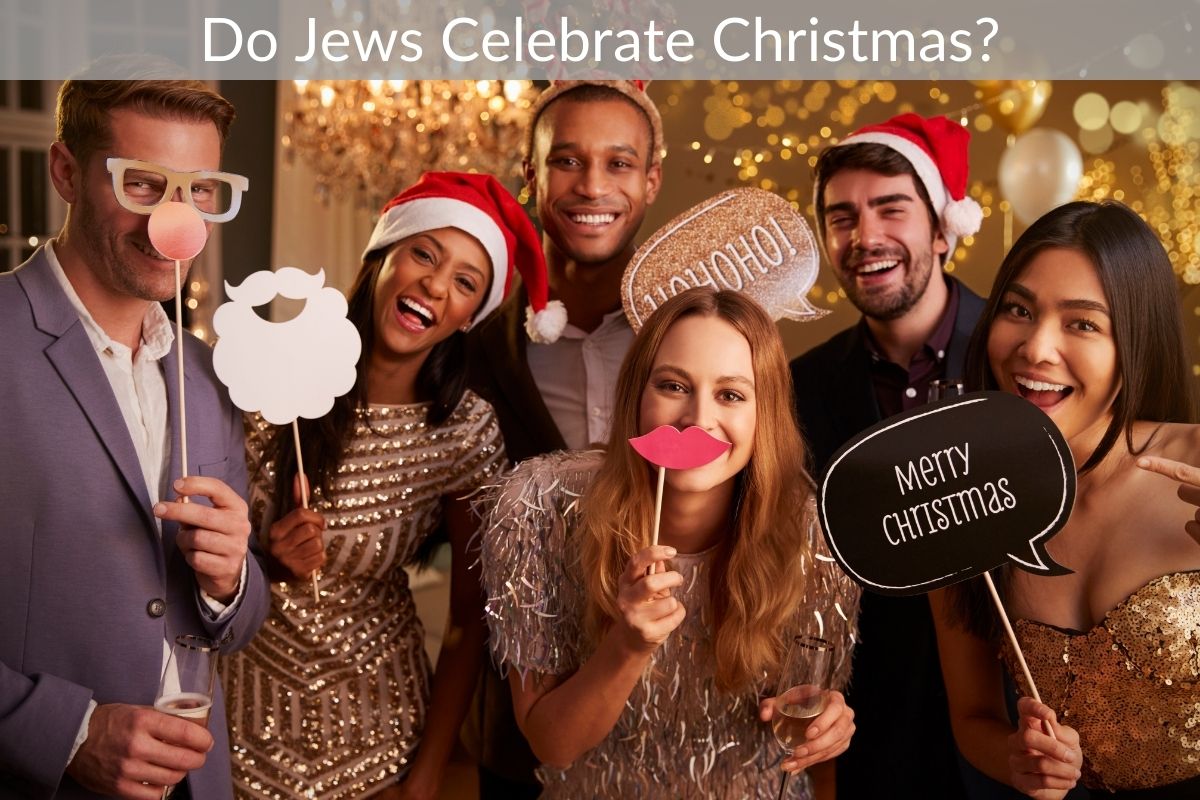 When winter rolls around, signs of a special holiday appear everywhere. Cold breezes and light snowfalls get you in the mood for Christmas trees and carols.

Yes, that special holiday is Christmas.

Although many people have different views on what the time of year means to them, there’s no getting around the fact that Christmas is seen as a Christian holiday. Jews don’t follow Christianity, they follow Judaism.

But what about those Jewish people living in America where Christmas is the most celebrated time of the year? Since Jews are religious, do they celebrate Christmas?

Jews don’t typically celebrate Chritsmas but instead have a holiday around the same time called Hanukkah. At Christmas, Christians celebrate the birth of Jesus. Jewish religion doesn’t believe that Jesus is the Messiah but some still may take part in the festivities of the season.

Christians everywhere recognize that this is the true meaning of Christmas and not the present and trees although, this is all fun to do. It is also a time for showing others kindness and spreading goodwill to all.

Still, Jews do believe in helping and bringing in joy to others. Hanukkah means “dedication” because it celebrates the rededication of the Holy Temple. It is also a time where they seek out ways to be good people and do good things. Just as it is, they see it as a time for good will to men and showing kindness to others.

Other Jews however, reject the symbols of Christmas entirely only following their Jewish traditions and celebrating Hanukkah. So, no, Jews don’t usually celebrate Christmas, except for some modern Jews which add some Christmas traditions like gift-giving into their Hanukkah celebration.

Still, Jewish people will strive to show the joy of the season to others.

Is Hanukkah The Same As Christmas?

The Jewish culture is one with many traditions. When the month of December arrives, candles are set up in windows. One very recognizable candle is the Hanukkah menorah featuring eight candles off the the side of a ninth candle placed in the middle and higher than all the rest.

Christmas is a holiday in December for celebrating the birth of Jesus. So, is Hanukkah the same as Christmas?

Hanukkah is not the same as Christmas. One is a Jewish holiday and the other a Christian holiday. Although they are both celebrated at the same time of the year and are designed to bring joy and good will to others, they are not the same and mean different things.

Christmas is a special time to celebrate Jesus coming to earth and being born. For Jews, their religion is based on the fact that Jesus wasn’t the Messiah and so do not celebrate his birth. The traditions of Chritsmas trees and gift-giving were brought to America by German immigrants making it not a Jewish custom.

Around Christmastime, most Jews will celebrate instead something called Hanukkah. This tradition features a nightly menorah (those candles I mentioned) lighting, special prayers, and fried foods. Because it is a Jewish holiday so close to Christmas, some have adopted some of the Christmas traditions.

In their eyes Chirtsmas is a view on how living in America has brought freedom and shaped their Jewish religion, culture and identity. Modern Jews have adopted some Christmas traditions into their Hanukkah festival celebrating something called “Chrismukkah”. But, the holidays of Christmas and Hanukkah are different.

The article, What Is Hanukkah? Explains, “Chanukah begins on the eve of Kislev 25 and continues for eight days. On the civil calendar, it generally coincides with the month of December…In the second century BCE, the Holy Land was ruled by the Seleucids (Syrian-Greeks), who tried to force the people of Israel to accept Greek culture and beliefs instead of mitzvah observance and belief in G‑d. Against all odds, a small band of faithful but poorly armed Jews, led by Judah the Maccabee, defeated one of the mightiest armies on earth, drove the Greeks from the land, reclaimed the Holy Temple in Jerusalem and rededicated it to the service of G‑d. When they sought to light the Temple’s Menorah (the seven-branched candelabrum), they found only a single cruse of olive oil that had escaped contamination by the Greeks. Miraculously, they lit the menorah and the one-day supply of oil lasted for eight days, until new oil could be prepared under conditions of ritual purity. To commemorate and publicize these miracles, the sages instituted the festival of Chanukah.”

What Celebrations Do Jews Have?

One fact about Jewish culture is that they love to celebrate. It is one of the ways they show that they are thankful. They have parties and say special prayers according to their religion.

Jews have many celebrations which mean different things. I already mentioned one being Hanukkah which is celebrated around Christmas time with lighting of a Hanukkah menorah.

So, what are some of the other celebrations that Jews have?

Along with several more, some popular and well-known Jewish holidays and celebrations include Hanukkah (Chanukah), Passover, and Yom Kippur. Bar/Bat Mitzvahs are another Jewish celebration. Sukkot is one of their more lengthy celebrations.

Speaking of Jewish holidays and celebrations, according to the Peninsula Jewish Community Center “We gather as family and community to give thanks, offer respect, and stay connected to the ancient and modern traditions that shape Jewish life and identity. We remember, we re-enact, and we retain the light for generations to come. We also honor the moments, experiences, and values we hold in fresh, but powerful ways.”

Along with Bar/Bat Mitzvahs, Erev Pesach, Erev Rosh Hashanah, and Kol Nidre, Jews have several celebrations including the following:

Jews don’t celebrate Christmas because it is not a Jewish holiday. However, they do of course believe in showing kindness, love and joy to others during this season. Christmas is a Christian holiday celebrating Jesus’s birth so Jews will not specifically celebrate that.

Jews have a holiday around the same time called Hanukkah where they celebrate their liberty, culture and identity.  Lighting a Hanukkah menorah and saying special prayers is a tradition for this Jewish holiday.

There are so many Jewish celebrations and holidays. Although Hanukkah is close to Christmas, they are not the same holiday.

Some Jews have adopted Christmas traditions along with celebrating Hanukkah in December, while others reject the tradition of Christmas and hold only to their Jewish customs.