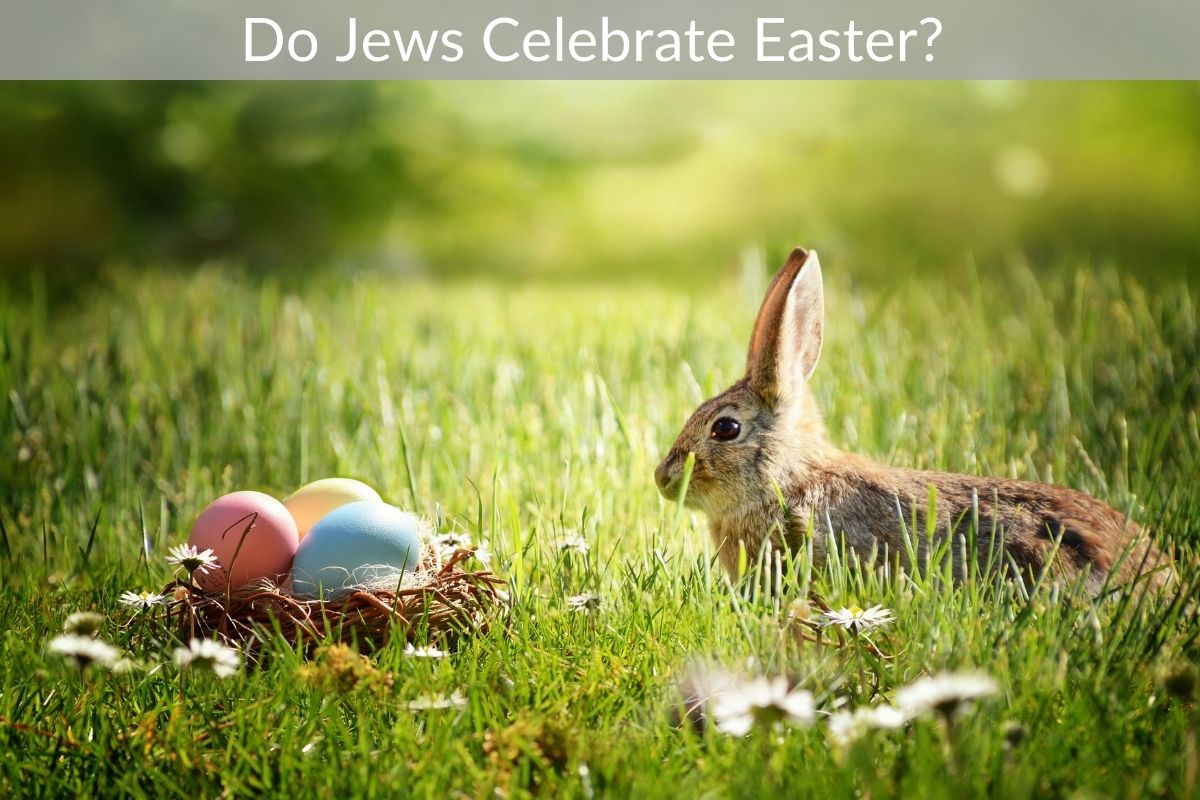 Does the image of a bunny with a basket of eggs seem familiar to you? Easter is one of the most popular holidays worldwide, second only to Christmas. It is typically observed on the first Sunday after the first full moon post the spring equinox; hence, the date can vary each year.

Easter is a Christian-specific holiday so it is not celebrated by Jewish people.

this blog post will help explain a brief history of the holiday to establish why it is not part of Jewish traditions.

The current Easter commemorates the resurrection of Jesus three days after his Crucifixion. That’s why it is considered a Christian holiday. While people maintain the original reason for commemorating the day, the holiday has evolved over the years.

Several experts noted that the timing of the holiday coincides with several pagan holidays celebrating spring and fertility, which explains the bunny and the egg imagery.

The Dispute Over Dates

Although no one contests the Easter celebration now, the actual determination became the central point of extensive conflict. The original dates coincided with the Jewish holiday of Passover, which did not sit well with several religious leaders. The closeness of dates is also a key reason why people often become confused about the two holidays being the same.

The issue was eventually resolved in the 8th century when leaders eventually agreed to fix the first Sunday after the first full moon post the spring equinox as the final date.

As mentioned above, people often become confused about whether Jews celebrate Easter. There are two primary reasons for the confusion:

However, the two holidays have nothing in common. Passover commemorates the day Jews attained freedom from slavery in Egypt. The holiday is celebrated from the 15th to the 21st of Nisan (Hebrew calendar month) or on the 22nd by the diaspora communities.

Observing members consume only unleavened bread (among bread options) during the holiday celebration to remember their ancestors’ hardships before freedom. The bread is also called Matzo and is a form of flatbread made from flour, water, and a little seasoning.

Passover is one of the most celebrated holidays in Judaism, but it isn’t the only one. Following is a list of some of the top Jewish holidays celebrated throughout the year:

Rosh Hashanah is the Jewish New Year celebrated on the first day of Tishrei, the seventh month in the Hebrew calendar. The event is usually celebrated around September or October on the Gregorian calendar.

Rosh Hashanah is the first holy event of the year for Jews and commemorates the world’s creation. It is also followed by ten days of introspection, meditation, and repentance, eventually ending on Yom Kippur.

Yom Kippur, known as the Day of Atonement, is one of the most important holidays for Jews. The day represents the end of the ten days of introspection, repentance, and meditation following Rosh Hashanah, the Jewish New Year.

It is one of the most revered holidays because it is the day on which God symbolically decides each person’s fate. Therefore, practicing Jews spend the previous ten days praying and asking for forgiveness to have divine mercy at the culmination.

Practicing and several non-practicing Jews are strict about observing Yom Kippur accurately and refrain from working on the day since it is prohibited.

Yom Kippur is also called Shabbat or Sabbath in the Bible, which means solemn rest.

Hanukkah is a Jewish celebration but not necessarily a religious one. The eight-day festivity commemorates the Jewish revolt against the Greek-Syrian rulers in the second century.

According to Jewish history, the revolt resulted from the oppressive policies of Antiochus IV Epiphanes, who wanted to force everyone to worship the Greek gods. Upon his command, his army desecrated the Second Temple in Israel, sacrificing pigs (a prohibited animal for Jews) within its walls.

The desecration, massacre, and control eventually led the people to rise against the ruler and drive them away from Jerusalem.

Hanukkah is a joyful celebration, and the traditional foods are fried, like jam-filled doughnuts. It isn’t a significant event, unlike Yom Kippur or Rosh Hashanah, so there is no imposition for disrupting work or academic routines to celebrate it.

Sukkot is another prominent holiday in Judaism, commemorating the years Jews spent in the desert. This period of wandering happened after the Prophet Moses received Torah on Mount Sinai and was a journey to the Promised Land.

It is called Sukkot because the word means ‘hut.’ It refers to the temporary dwellings the people had to create during their journey. Traditionally, followers are expected to erect similar structures and reside within them.

The composition of the hut needs to follow traditional guidelines, especially the roof. It needs to be made from branches and plants so that the residents can see the sky through the gaps.

Aside from holidays, there are also a few popular customs and traditions that Jews follow:

The Bar Mitzvah is the coming of age ceremony for 12 to 13-year-olds. Religiously, the ceremony celebrates the children gaining the religious responsibilities of an adult and entering the community as responsible members.

Jews are prohibited from consuming pork in all forms. That includes meat and by-products, including gelatine and grease. Practicing Jews follow this prohibition strictly and refrain from consuming such products.

In a nutshell, Jews do not celebrate Easter, a holiday relevant to Christians worldwide. They celebrate Passover, a holiday with a completely different historical significance that falls around the same dates as Easter.

I hope you found this blog post informative and invite you to read other blogs to learn more about the topic.