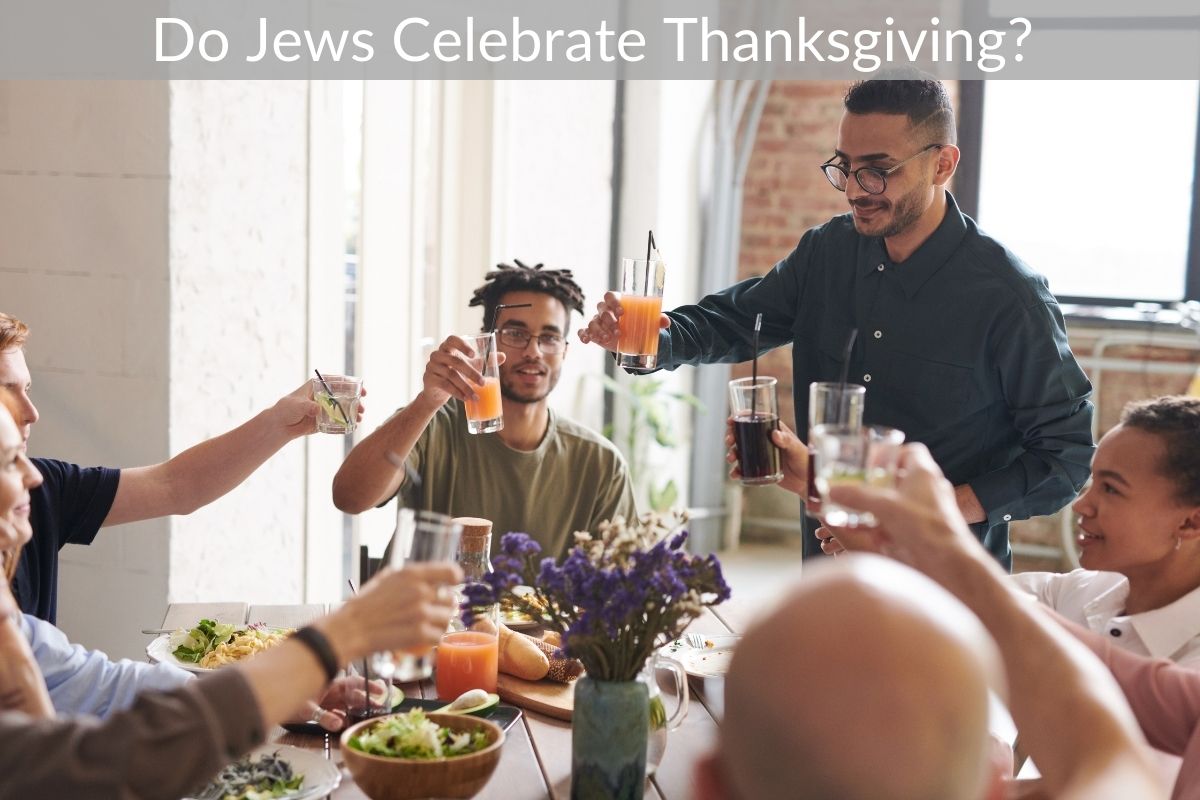 Thanksgiving is a wonderful time of year. Families come together and celebrate and reflect on the blessings that happened the year before. It’s a day to show gratitude for everything in your life.

Each family has their own tradition. Some will spend the day outside playing football until it’s time to eat. Many have a tradition of saying one thing they’re grateful for before enjoying a meal together. Others will watch the parade and then change the channel to football.

Almost everyone celebrates Thanksgiving dinner the same way with turkey/ham, potatoes, vegetables, bread, and dessert. Every family has their “must-have” menu item for Thanksgiving. Whether it’s mashed potatoes, yams, deviled eggs, cornbread, crescent rolls, biscuits, pecan pie, or pumpkin pie, everyone has their food traditions for Thanksgiving too.

The Jewish people have a very rich culture and have several holidays of their own with days dedicated to showing gratitude. Do the Jews add Thanksgiving as a day to celebrate on their calendars?

The Jews celebrate Hanukkah instead of Christmas, do they have a different Thanksgiving too?

Whether or not a Jewish family celebrates Thanksgiving depends on the household. Two of the leading Orthodox legal authorities discussed whether Thanksgiving is a Gentile holiday or an American secular one years ago. They both agreed that Thanksgiving is not a religious holiday, however, many didn’t agree with their views and deemed Thanksgiving a Christian holiday that Jews shouldn’t celebrate.

The general view in the Jewish community is that there is no Jewish law against eating turkey or observing other traditions associated with Thanksgiving. Though the Jews are allowed to celebrate Thanksgiving, it is not necessarily encouraged or discouraged.

Does Everyone Celebrate Thanksgiving?

We have all heard the story of how Thanksgiving happened in America. The pilgrims came and settled in America but it took a while before crops started growing. With the help of the Native Americans, the Pilgrims were able to enjoy a bountiful harvest that season.

They all came together and enjoyed a feast of all their hard work.

Whether or not this is the truth of how the Pilgrims celebrated the first Thanksgiving is still shrouded in a mystery that some historians are determined to solve. While it is a great story of coming together and being thankful for everything their hard work had brought forth, the story starts and ends in America.

Since the “start” of Thanksgiving happened as a grateful gathering of the Pilgrims in America, do other nations celebrate Thanksgiving? Is Thanksgiving a national holiday or just an American one?

The food served in Canada on Thanksgiving is very similar to that of America.

The Chinese version of Thanksgiving is called Chung Chui, which means Moon Festival, also called the fall harvest. Chung Chui is celebrated on the 15th day of the 8th lunar cycle of the year. Families will come together for a three-day celebration. If your loved ones are too far away, it is common to watch the moon at the same time during the festivities.

Moon cakes are shared among family members as a sign of peace for the coming season.

The Germans celebrate Erntedankfest, which translated means harvest Thanksgiving festival. This is mainly celebrated by religious groups and rural families. The rural families give thanks for the harvest that they had that year.

In larger cities, it is typically celebrated on the first Sunday in October. In the larger cities, instead of celebration, Thanksgiving is observed more in a church setting. The service ends with a meal and the crowning of a Harvest Queen.

After the meal, the food will be distributed among the less fortunate. The day ends with lantern parades. The holiday is not as widely celebrated throughout the country as it is in America.

The country of Grenada celebrates Thanksgiving on October 25th every year. In 1983, Grenada was under strict socialist rule. Any person who was outside their home after curfew was to be shot on sight.

President Reagan decided that America should step in and help the people of Grenada. Troops entered Grenada and helped provide freedom to the people. With the timing being so close to American Thanksgiving, soldiers shared their traditions and foods with the citizens and everyone joined together for a celebration of their new political freedom.

They still celebrate every October 25th with a lot of American traditions to show their gratitude for America intervening decades before.

Why Is American Thanksgiving In November?

Have you ever wondered why we celebrate certain holidays when we do? The Fourth of July is celebrated on July 4th every year as a celebration of Congress adopting the Declaration of Independence in 1776.

Valentine’s Day is celebrated on the 14th of February because the Pope abolished a pagan holiday and established the day to honor St. Valentine.

The date for Thanksgiving has changed a few times over the years. George Washington issued a day of Thanksgiving and prayer on November 26, 1789. Abraham Lincoln encouraged all Americans to celebrate Thanksgiving on the last Thursday in November.

In 1870, Congress declared Thanksgiving a National holiday. In the bill that was passed, it gave the President’s freedom to choose when to honor Thanksgiving.

Most Presidents chose to keep Thanksgiving on the last Thursday in November, except President Franklin Roosevelt. He decided to move Thanksgiving to the third Thursday in November to allow consumers to spend more time holiday shopping for Christmas. There was much pushback from many Americans as they had become accustomed to it on the last Thursday of November.

Eventually, Roosevelt signed a bill declaring that the 4th Thursday in November is the day to celebrate Thanksgiving.

The decision to celebrate Thanksgiving in a Jewish household is up to the family. There is no Jewish law against the traditions of Thanksgiving.

Many American Jewish families do celebrate Thanksgiving with their loved ones but ultimately the choice is up to you and your family and how you feel about the holiday.