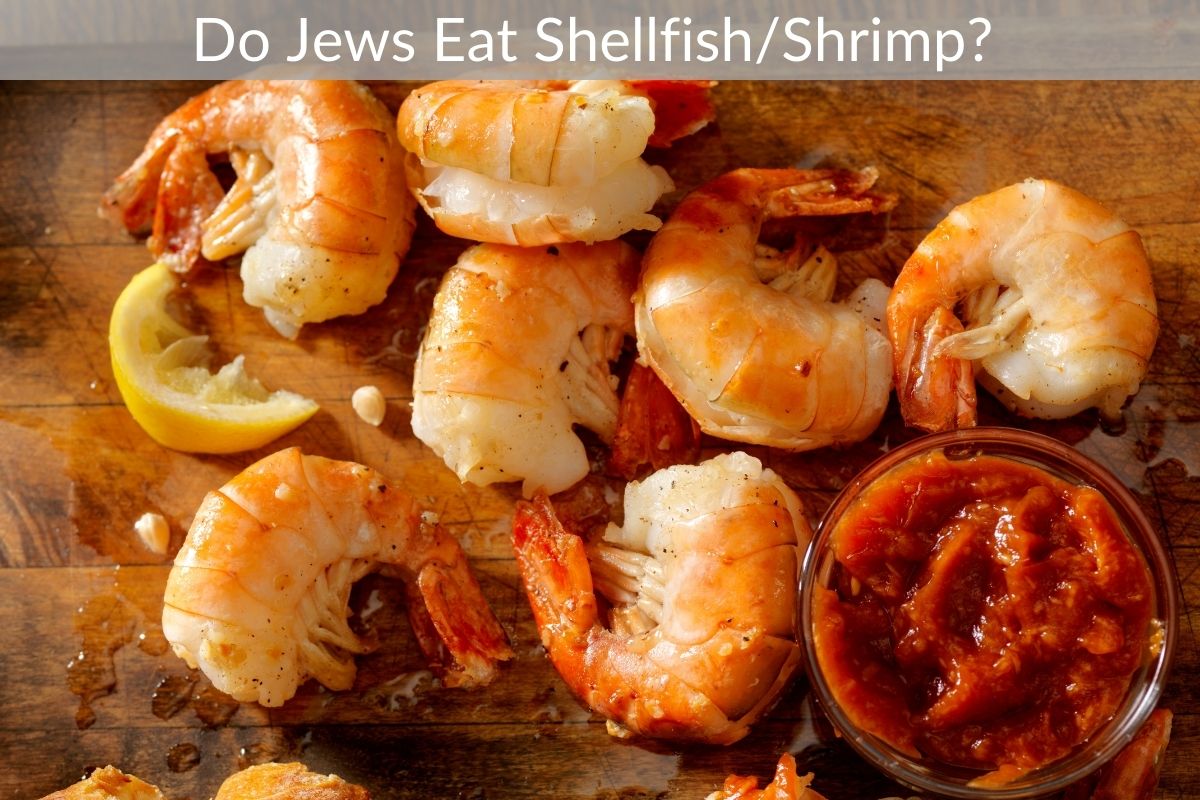 Jewish people do not eat Shellfish and Shrimp. However, they are allowed to eat specific seafood but shellfish and shrimp are not a part of it.

Why Do Jews Eat Shellfish/Shrimp?

Some Jews don’t follow the Kashrut Laws, which the Torah has laid out. There are Jews who believe that they should follow all the rules, and some believe that the Torah was simply at a different time in the world. Thus, they don’t feel the need to be following something that they don’t wholly believe in. The modernization of the world has also led many Jews to forego the dietary laws set upon them.

However, many Jews also believe that Shrimp is not Kosher, so they don’t eat it.

Why Is Shrimp Not Kosher?

The Torah is where Jews get their dietary laws. It is stated in the Torah that there are certain foods that Jews cannot eat. These foods are not Kosher. For a fish to be Kosher, it has to have fins and scales.

Kosher and Jewish laws also state fins and scales as a feature that Jews can use to identify which fish is allowed for consumption accordingly. Not everything people call a scale on a fish meets the criteria stated in Jewish laws. When you’re buying fish, you have to buy it whole to see the fins and scales of the fish. If the fish is sliced or fileted, you should buy from a fish store that only sells kosher food. Thus, any establishment offering Kosher fish must ensure no other fish gets mixed up.

Shrimp is also not Kosher, along with other crustaceans like crab and lobster, because all these plants have claws. Many Jewish traditions believe that if a person eats things that consume other living things, it can hurt their psyche and make them lust for blood.

What Are Other Prohibited Foods in Judaism?

The Jewish faith is detailed in what it allows and all that it doesn’t. Fruits and vegetables of all kinds are allowed. However, there are some issues regarding eating meat of any kind. Jews believe in the Torah, and it has very stringent dietary laws that inform Jews about what is good for their health and what simply isn’t.

Many Jews believe that they should listen to what their scripture says about their food as the divine plan knows what humans do not. Some of the primary laws that Jews follow in terms of eating foods are:

Shellfish and pork are, thus, the two major branches of meats that aren’t allowed to be ingested in Judaism.

When you think about eating Israeli food, seafood isn’t the leading food that comes to mind. While eating Shellfish is prohibited by Jewish law, you will be able to find shellfish/shrimp in Isreal. When Israelis partake in the cooking and presentation of Shellfish, it is of the highest order.

Yes, many traditional Jews consider shrimp/shellfish as unclean. Many Jews believe shrimp and shellfish are unclean since all crustaceans don’t have scales. Creatures that Jewish people are proscribed from consuming include crabs, oysters, scallops, mussels, squid, shrimp/prawns, octopus, lobster, and other shellfish. Many shellfish also have claws and pincers, so they may be considered unfit for consumption by Jewish people.

How Can Jews Enjoy Shrimp?

Even the most devout Jews can now enjoy shrimp. The rise in veganism has led to many people opting for all sorts of meat substitutes. Some people can also eat vegan shrimp. Vegan shrimps are made by taking red algae and baking it with a plant-based protein powder.

Kristin Bell from “The Good Place” on NBC is a strict vegan who had to eat a lot of shrimp during her stint as Eleanor Shellstrop since Bell herself is a vegan. Production made vegan shrimp that she enjoyed eating without compromising her ethics.

It’s essential to note that Jewish people are not a monolith and that there are many Jews who eat shrimp regardless of its religious connotation. There are Jews who can enjoy shrimp as they may have a different interpretation of what makes the food okay to eat.

There are still people who aren’t sold on the idea of eating even fake or vegan shrimp. Many orthodox or older Jews believe that they’ve gone over 500 years without eating shrimp, so the new introduction of vegan shrimp shouldn’t be a problem.

Do Jews Eat Shrimp at Passover?

However, keeping Kosher at Passover is one of the ways that Jews will show respect to their religion. Thus, many people might get offended if shrimp is present at Passover dinner.

Should You Serve Shrimp in Front of Your Jewish Friends?

It would be best to ask your Jewish friends how comfortable they are with their Shellfish. Many people don’t mind it being a part of the menu as they can just opt not to eat it. However, if that’s all you’re serving, you may want to ask your friends for their opinions. It’s the same way you would ask someone about their allergies before serving them something.