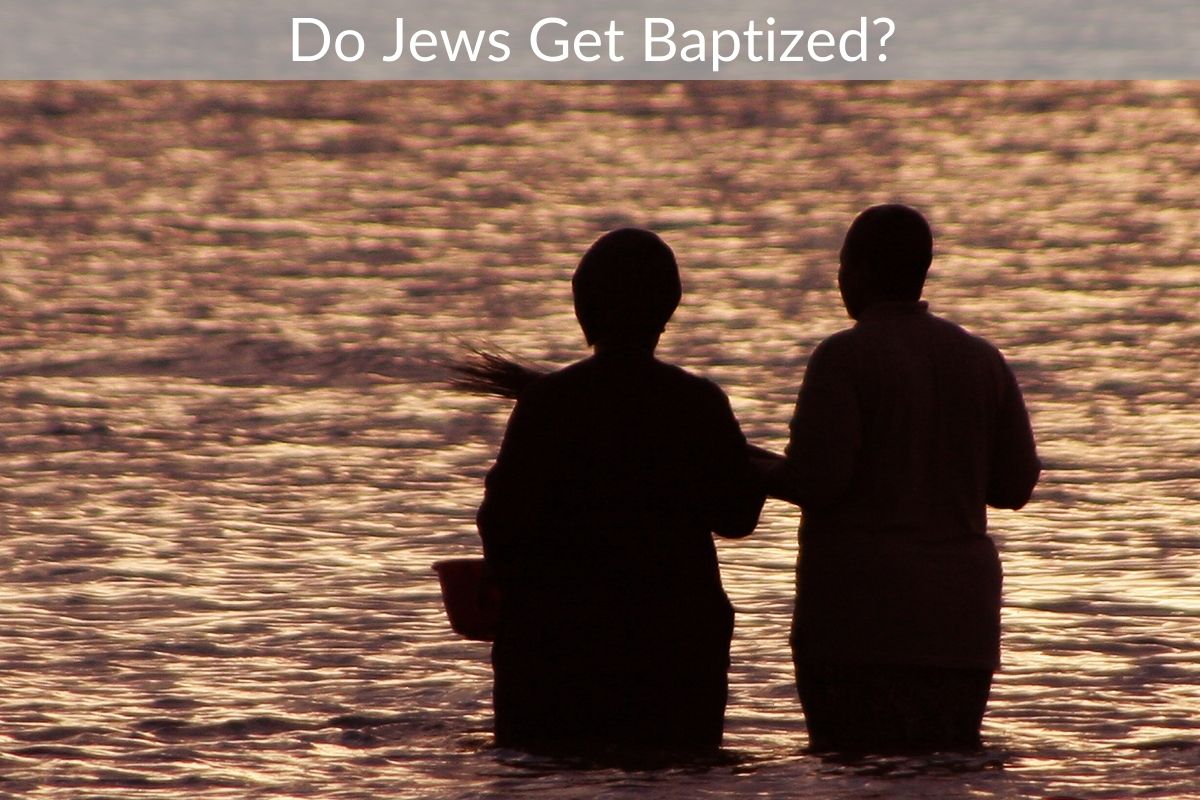 In first-century Israel, onlookers observed that a man was bathing some people in the river, including his cousin, who turned out to be Yeshua of Nazareth.

The act of bathing came to be known as baptizing, which was carried out by people to repent for their sins and do right by God.

After witnessing individuals get baptized in a river, many people began to follow this act to better align themselves with the teachings of God.

Jews engage in water immersion at a mikveh, which is like baptism but carried out for different reasons than Christians.

Since many people knowingly and unknowingly engage in various forms of sin, there is a need to wash away the sins of the past (literally) in order to become more aligned with religious values.

Ritual washing or immersing yourself in water has been passed down as an important act by many religions of the world.

There are certain requirements relating to the amount of water and its source for baptism in Judaism, and some options include fountains, flowing waters, and pits of rainwater.

The best possible option is described to be living water from lakes and rivers.

The Mishnah speaks about the need for an uncontaminated source of water, preferably a large body of water, which people can use to immerse themselves and others.

Yochanan was the name of the man who was originally involved in baptizing people in the River Jordan, which was deemed acceptable by Jewish law at the time.

The Essenes are a very religious Jewish sect that follows Jewish teachings as they are stated in the Torah, and their traditions involve carrying out baptism in the Judean Desert.

But why is there a need for baptism?

Is it compulsory in Jewish traditions?

The answer is yes, but kind of.

Baptism in The Bible

It is evident in the Bible that when God spoke to Moses, He instructed him to engage in ritual washing, which was deemed to be very important.

Priests are also required to engage in ritual cleaning if they are to serve at the tabernacle.

When Israelites become unclean, they must take steps to reestablish cleanliness (tahor) by immersing their entire body in clean water, which is stated in Leviticus 15.

Before people are allowed to enter temples, they need to be immersed in a mikveh in order to be ritually clean enough for entry.

You can expect to find many mikveh in Jerusalem, which have clearly defined areas and ‘steps’ to indicate where people might go to clean themselves thoroughly.

There are three main reasons why Christians partake in baptism, and these are:

By standing in the water, you acknowledge Jesus’ death on the cross.

By immersing yourself in the water, you symbolize his burial.

You symbolize his resurrection from death as you are lifted out of the water.

By engaging in baptism, you express your faith without uttering any words.

Your confession during the baptism is compelling and marks a transition into a new life, which is free of sin and on the righteous path of God.

Baptism in Judaism is not in the name of Jesus Christ but is called Mikveh, which is a type of religious ablution.

Mikveh is the name for the ritual bath in Judaism, and you can expect to find every Jewish community to have at least one mikveh in their area.

Larger communities may have several mikva’ot (plural), and you can choose the one you prefer.

If you wish to convert to Judaism, the Jewish law states that you must immerse yourself in a mikveh.

Women must submerge themselves in mikveh before getting married and also when menstruating.

Aside from these reasons, there are many other traditional and modern reasons for visiting the mikveh.

Many mikveh practices have emerged aside from conversion to Judaism and women observing niddah (menstrual purity).

Hasidic men visit the mikveh each day to immerse themselves in the clean water.

Some prefer going on Fridays before Shabbat.

Some Jewish communities also visit the mikveh prior to Yom Kippur, and some grooms may also partake in the activity before their weddings.

There is no need for blessings if you wish to visit a mikveh, and a men’s mikveh is casual and big enough to accommodate at least 10 people.

You can expect to walk in and use it without the need for an attendant.

In recent times, many progressive Jews have started using the mikveh on special occasions, including graduation and birthdays.

Some also use it to signify a fresh start after experiencing tragedy or loss in their lives.

It is an important ritual that is often complemented with prayers, and Jews cherish the activity and use it as symbolism for purification.

A different kind of mikveh called kelim mikveh also exists, which is basically used to purify food by immersing it in water, mainly to make it kosher.

Although baptism in Judaism isn’t the same as in Christianity, there is the significance of water immersion in both religions.

The act is very similar but observed for different reasons; Christians get baptized in remembrance of Jesus Christ, and Jews immerse themselves for purification or conversion.

In recent years, the reasons for visiting the mikveh have changed somewhat, as more progressive Jews use it as symbolism to mark significant changes in their lives.