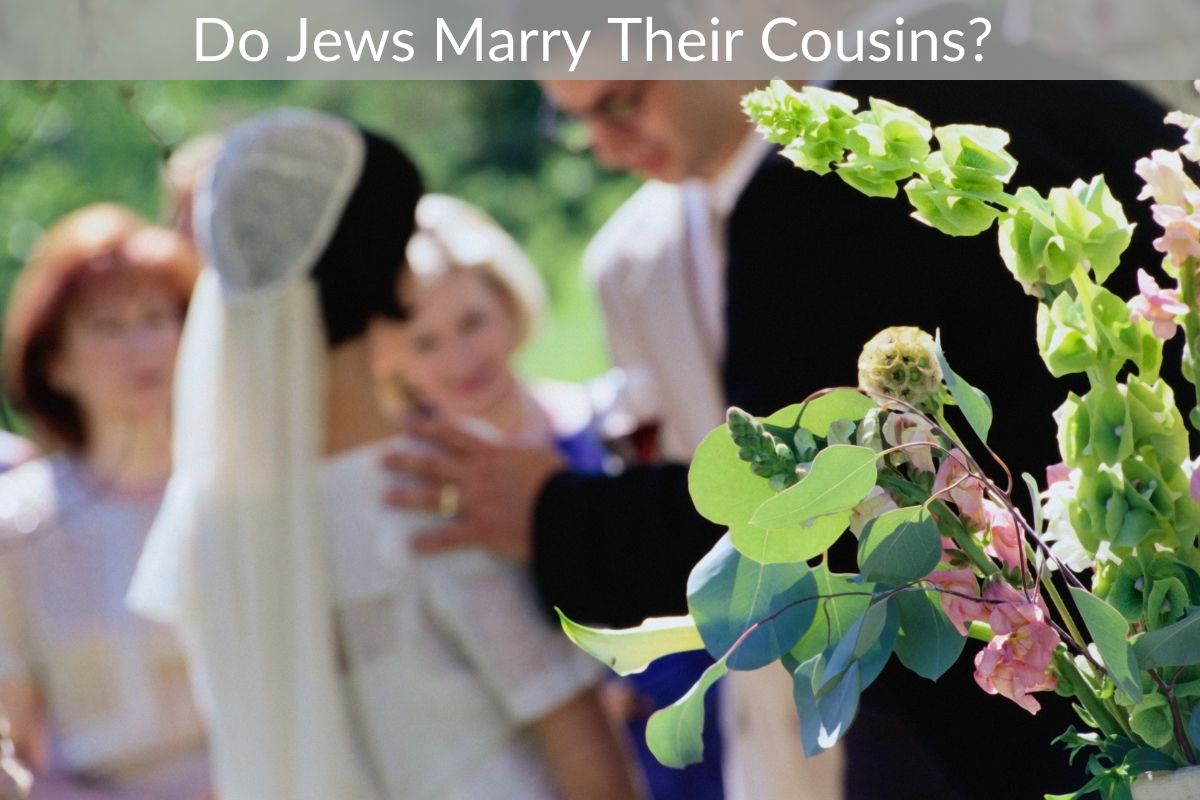 Many people of the world have frowned upon the concept of marrying cousins, which is considered a backward practice.

Some strongly oppose it and consider it to be ‘inbreeding’ and ‘incest.’

It is undoubtedly true that cousins’ children can be born with genetic disorders, which has been apparent in many royal families.

Many Jews wish to know if the Torah permits them to marry their cousins and why it has been traditionally allowed since ancient times.

Strictly speaking, the Torah permits Jews to marry their cousins, and it is not considered strange or prohibited in Jewish history.

Many upper-class Jewish families have engaged in this act to preserve their bloodlines, and many non-Jewish people from around the world also marry their cousins.

Since it is allowed in the Torah for Jews to marry their cousins, it is not uncommon for married families to be related by blood.

Many people also consider cousin marriage desirable and do not share the same viewpoint as outsiders looking at it through a biased lens.

The basic assumption is that people are more likely to have a deeper relationship with their partner if they are related by blood and might share similar values and personalities.

According to Leviticus 18:12-13, a woman is prohibited from marrying her nephew. However, the same does not apply to men. The Talmud states that a man is allowed to marry his niece.

Many people use the reasoning that there is less chance for in-laws not to get along since they’ve known each other their entire lives.

However, since genetic issues are a possibility, it is important for marrying cousins to get some form of genetic screening done to be aware of the risks associated with childbirth.

Ashkenazi Jews are descendants of a small group of ancestors, which means that the entire tribe is somewhat related; genetic issues are also fairly common in this particular tribe.

Since Jewish law requires Jews to follow the law of the land in which they reside, it is uncommon for Jews to marry their cousins in countries where the act is forbidden, such as the United States.

If someone Jewish asks whether it’s permissible for Jews to marry their cousins, they are likely to either consider it themselves or find the idea ‘icky’.

For people trying to reach a more objective truth, it helps to be aware of personal biases to understand the historical and cultural background of cousin marriages.

Around 1/5th of the world’s population engages in the practice of marrying cousins, which is common in areas like the Middle East and North Africa.

It’s not just Jews, but many Muslims also take part in cousin marriages, which are thought of as normal and not at all strange by many religious communities.

However, that is not the viewpoint of many people in the world, who consider it to be a repulsive practice and certainly have many qualms about it.

It is also interesting to note that many countries like Brazil, Canada, Japan and all of Europe also permit cousin marriages.

The countries strongly opposed to this concept are Russia, China, and North Korea, which may not be the best examples to follow.

Cousin marriages are not referred to as incest but rather ‘consanguinity.’.

Even in the United States, 20 states allow this bond between cousins, which means that it is not at all as uncommon as you might think.

Statistics indicate that only about 10% of Israeli Jews engage in consanguineous marriages, while the numbers are higher for Jews in other places like Iraq and Iran.

More than 10% of the world’s population engages in cousin marriages or are the children of this particular marriage choice.

Some of the famous personalities of the world who had consanguineous marriages include Franklin Roosevelt and Sir Edgar Allen Poe.

People may also be shocked to discover that Albert Einstein and Charles Darwin married their cousins since Einstein is considered to be a genius, and Darwin knows a thing or two about genetics.

Many people who are opposed to the concept of cousin marriages point out the risk of congenital disabilities.

This is easily evaluated by opting for genetic testing, which is fairly popular among Orthodox Jews.

It is true that cousins share 12.5% of their DNA, and there is a higher risk for birth defects.

However, statistics indicate that unrelated parents see a risk of 3-4% for the occurrence of birth defects, while this increases to 4-7% between first cousins.

So, why is there this common misconception about birth defects from cousin marriages?

A professor from Murdoch University has stated that this is due to cousin marriages in rural areas, where people already suffer from poor health conditions.

People who have based their opinions on anecdotal evidence have blown the medical risks out of proportion.

By being against cousin marriage in today’s world, you are going against the majority of the world and disagreeing with the course of human history.

For Jews specifically, it is important to realize that even if the Torah allows consanguinity, you do not have to choose it if it does not align with your values.

You do not even have to consider scientific data to form your opinions since there are an infinite number of variables for any particular reasoning.

The world is an intricate web of pieces that do not necessarily form to create the same picture.

Your pieces may be different from someone else’s, and while each can assemble to form a big picture, the pieces may not interlock.

There are many ways of making sense of the world, which is why you should dissect your biases and reach a conclusion that is true to who you are as a person.

If you are religious, you may put more weight on your religion’s teachings than others, which may make sense for your particular decisions.

If you are scientifically minded and base your opinions on research and data, you might look at the risks involved to reach a conclusion for yourself.

However, we should not force our opinions down others’ throats and try to avoid indoctrinating them with our beliefs.

This is because our society is in more need than ever of individuals, instead of people who blindly follow others’ instructions about living their lives.

That’s not to say that cousin marriages are right or wrong.

Whichever stance you take on the matter, you should be willing to live with the consequences of your rationality and not be afraid to question that which does not make logical sense to you.

The Torah allows cousin marriages and relations between a man and his niece, which many non-religious people would seriously object to.

It is crucial that we consider as much information and take a non-biased approach when reaching individual conclusions so that we do not unknowingly propagate ignorant thinking.

The world is much more complex than our minds may make it seem, and we should not be afraid to question things that do not agree with our logic.

However, it is important to distinguish between facts and opinions based on emotions so that we prioritize truth and not falsity.