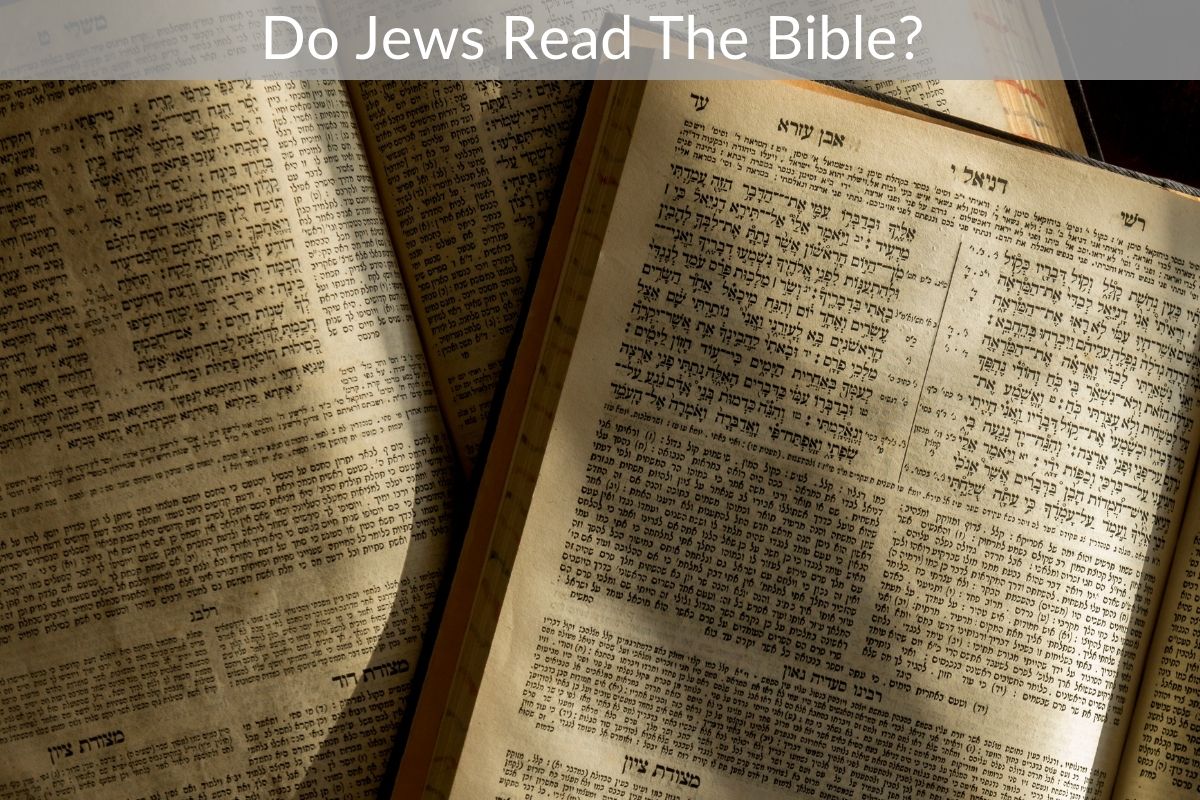 Jews do indeed read the Bible. However, they read the Hebrew Bible as part of the Judaic faith. There are also Jews who can read other versions of the Bible for their knowledge.

Jews will also read the Tanakh and the Torah, where they derive most of their religious thought.

Judaism is an Abrahamic religion, and many scriptures from the Jewish faith are acknowledged in other religions, mainly Christianity and Islam. Jews read the Bible to gain further understanding of their religion. The main version of the Bible they read is called the Hebrew Bible.

Is There a Difference Between the Old Testament, the Tanakh, and the Hebrew Bible?

The Old Testament is a way for Christians to hail the outdatedness of what is the New Testament. People thus offer the alternative of the term Hebrew Bible instead. However, many people view this replacement as confusing. Many Christians believe that the Old Testament and the Tanakh are similar. However, this isn’t the case. There are several important distinctions between the two. The two: Tanakh and the Christan Old Testament, are different in canonical order, punctuation, and emphases.

Most of the Old Testament was in Hebrew or Aramaic. However, they recited the Hebrew Bible in Greek of the Septuagint. It is a translation from Greek that alters events differently. Hebrew also lacked a lot of the punctuation necessary to provide proper meaning to the words, which are some of the reasons for the differences between the Old Testament and the Tanakh.

The different interpretations of figures and images in the (Christian) Old Testament and the (Jewish) Tanakh are also some of the major differences between the two.

How Do Jews Read the Bible?

For Christians, the birth of Jesus Christ isn’t just something described in the earlier chapters of the New Testament of the Bible. Instead, it was also something that was prophesied in the old testament or the Hebrew Bible.

However, Jews have always claimed that they view these verses differently altogether. People are often confused about how two religions reading the same book can understand the exact text differently.

The two different religions exist because Jews and Christians will interpret their books differently. Jews don’t acknowledge that the Servant mentioned in many of the chapters from the Old Testament is Jesus, but rather, they think the Servant represents Isreal itself and not Jesus. However, Christians believe that the Servant is clearly about Jesus Christ.

The disconnected beliefs create much dissonance in how these two religions respond to the same book.

Is There a Difference Between the Hebrew Bible and Torah?

The Hebrew Bible contains all the sayings and teachings of the Jewish culture and traditions that you must follow to a tee. However, the Torah focuses on teaching one’s daily life and how one must proceed with their existence.

How Is the Hebrew Bible or Tanakh Different From the Christian Bible?

The Jewish or Hebrew Bible also has a whopping 24 books. However, the Old Testament has 39 books. All of the content in the Old Testament is also mentioned in the Hebrew Bible. The order, along with the divisions made in the Tanakh, aid us in understanding some nuanced and important statements that Christ spoke in the Christian Bible. Luke 24:44 is one of the major statements that Christ made since it acknowledges the Hebrew sacred scriptures that had three sections, and He considered them to be inspired.

Christ also said to His Followers, “These are My words which I spoke to you while I was still with you, that all things which are written about Me in the Law of Moses and the Prophets and the Psalms must be fulfilled.”

You should also note that Jesus refers to the “The Law” as the Law of Moses, “The Prophets,” and the Psalms. He also referred to the Psalms, the longest and first book in the section called “The Writings.” Jesus pretty much endorsed the Hebrew Bible. However, the differences between the two are more difficult for Jews to acknowledge as there has been no acknowledgment of Jesus in their version of the Bible.

The major difference between the two religions is based on the fact that the Jews do not acknowledge the presence of Jesus as the Messiah in the same way that Christians do. Jesus is the epicenter of the New Testament and the Christian Bible. However, the Hebrew Bible talks more about all the Prophets and certain traditions that Jews must follow to hold strong in their faith.

Jews do read the Bible. However, the Bible in question is mostly the Hebrew Bible. Jews can also read the Christian Bible for their purposes.

However, reading the Hebrew Bible is a part of the Judaic religion, and many people believe it is essential to their faith.