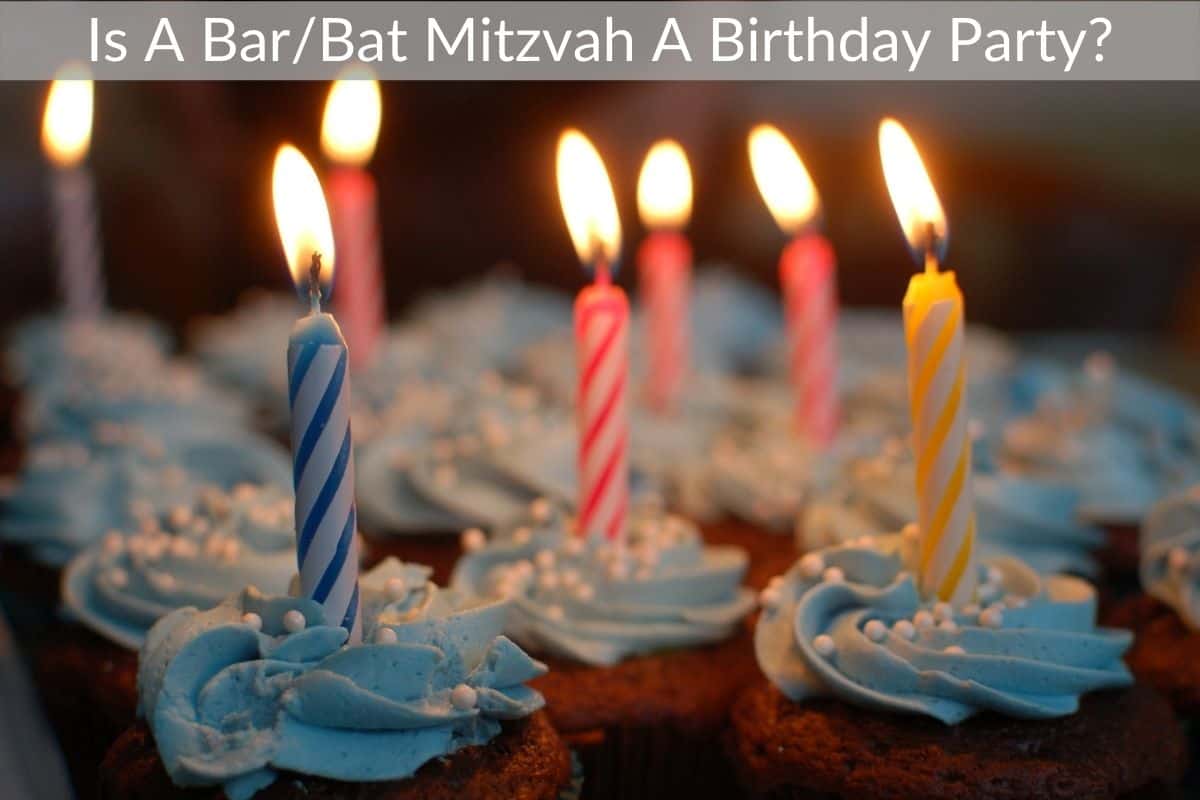 Bar/Bat Mitzvahs are important in Jewish religion and culture. When a Jewish boy or girl becomes a certain age, a special ceremony is performed showing that they are now responsible for living according to Jewish law.

This ceremony takes place around the child’s 13th birthday (sometimes 12th birthday for girls). If the child that is being celebrated is a boy, then he is a Bar Mitzvah. If the child is a girl then she is a Bat Mitzvah.

Bar/Bat Mitzvah ceremonies usually take place in the synagogue and consist of readings and chantings in Hebrew. Then after the readings and ritual are completed there is a party.

Does this mean that the Bar/Bat Mitzvah is a birthday party?

The celebration after the religious service for a Bar/Bat Mitzvah is similar to a birthday party.  Although, more focus is placed on religion than traditional birthday parties.

Jewish tradition states that after the religious service for the Bar/Bat Mitzvah, the family of the child must host a seudat mitzvah or “festive meal”. The ceremony for a Bat/Bar Mitzvah is an important one in their religion and just wouldn’t be complete without the party afterwards.

In many ways it seems like a birthday party for the child. Compared to traditional birthday parties however, a Bar/Bat Mitzvah is a little different.

A lot of the focus is placed on religion and the child is recognized as coming of age and now being responsible for living according to the Jewish law. These ceremonies mark a transition into adulthood for the Jewish children as they are then able to fully participate in the Jewish community.

After the ceremony has ended the party begins. Guests bring cash gifts or Hebrew faith gifts to the child. There is Jewish food, cake, music, and dancing.

It is a lot like a traditional birthday party but instead of only lasting a few hours, this party can go on for days. The Bar/Bat Mitzvah will also thank the guests for their gifts and for coming to their celebration.

So, in many ways a Bar/Bat Mitzvah is a lot like a birthday party. It does take place around the child’s 12th or 13th birthday. But this celebration is different in the fact that it is a religious celebration of the boy or girl entering the Jewish community and adulthood.

To see the most popular gifts for a Bar/Bat Mitzvah just click here.

Is There A Party After A Bar/Bat Mitzvah?

Bar/Bat Mitzvah ceremonies consist of reading from the Torah, chanting the Haftarah and praying for the child who is a part of the service. The ceremony symbolizes the child coming of age and becoming a part of the Jewish community.

But after the Bar/Bat Mitzvah service, is there a party?

There is a party after a Bar/Bat Mitzvah celebrating the child. The party has music, dancing, gifts and cake and can even last for multiple days.

This party is similar to a traditional birthday party since there is cake and gifts. In Jewish culture, the child’s family puts together the party. This celebration can last for hours up to days.

The religious service symbolizes the child becoming an adult and gaining responsibility. After the service the party with all the cake and gifts is a time to celebrate along with focusing on religion as well.

Along with the cake and gifts there is music and dancing as well as many other party entertainment. Guests coming to the Bar/Bat Mitzvah celebration should know that there is proper etiquette for attending one.

They state, “it is…common practice to bring gifts for the child. While any gift that is typically suitable for a child around the age of thirteen will make an excellent Bar/Bat Mitzvah gift, there are traditional gifts that are given. Some of the most common gifts include pen sets, Jewish biographies or other books of religious significance, college bonds, Jewish jewelry, or cash in increments of $18 (a significant number symbolizing luck and life in the Jewish religion).

They continue, “These gifts are aimed towards the child’s new responsibility and their journey into adulthood as a Jewish member of the community. It is also perfectly acceptable to give a gift based on the child’s personality or interests. Any gift will be greatly appreciated and in a traditional Bar/Bat Mitzvah, the child will make a speech thanking the attendants for the greatest gift of all; their presence.”

What Is The Purpose Of A Bar/Bat Mitzvah?

Judaism has many rituals that Jews must follow for their religion one being the Bar/Bat Mitzvah. We know that there is a religious service and a party for a Bar/Bat Mitzvah. But, what is the purpose of one of these Jewish traditions?

The purpose of a Bar/Bat Mitzvah is to symbolize the child entering adulthood and becoming a full member of the Jewish community.

So, the Bar/ Bat Mitzvah represents maturity and that the child should now live according to Jewish law and are responsible for themselves.

Bar/Bat Mitzvah means “son/daughter of the commandments”. At one of these ceremonies the child will read from the Torah and chant the Haftarah.

Traditionally this service takes place in the synagogue the Sabbath or Saturday after the child’s birthday but can also take place privately and on whatever day of the week according to the traditions of the particular Jewish congregation the child is a part of.

According to an article from the website Chabad of Port Washington entitled Significance of the Bar & Bat Mitzvah, “When a child reaches to the age of Bat & Bar Mitzvah, she/he assumes a greater maturity in her/his connection to Torah and Mitzvot, to her/his own Jewish identity, to the Jewish people as a whole, and to G‑d.”

They continue saying, “This age marks the young adult’s arrival at the crossroads of moral and spiritual decision making that is engaged in by mature adults.  As a community we celebrate the Bat & Bar Mitzvah in order to help our young adults become aware of and draw meaning from this significant transition in their lives.”

Bar/Bat Mitzvah ceremonies usually happen in the synagogue and consist of public reading of the Torah in Hebrew which the child has studied along with chanting the Haftarah. This ceremony takes place around the child’s 13th birthday (some Jewish religions celebrate around the girl’s 12th birthday).

Typically the ceremony is held on the Sabbath (or Saturday) after the child’s 13th birthday. The Bar/Bat Mitzvah ceremonies are accompanied by a party afterwards.

This party is similar to a birthday party except it focuses on the Jewish religion. The purpose of this ceremony and party is to celebrate the child maturing and becoming a responsible member of the Jewish community.

The party after the service consists of cake, gifts, music, and dancing and is a way for the young Jews to celebrate.

link to Do Jews Celebrate Thanksgiving?

Thanksgiving is a wonderful time of year. Families come together and celebrate and reflect on the blessings that happened the year before. It’s a day to show gratitude for everything in your...