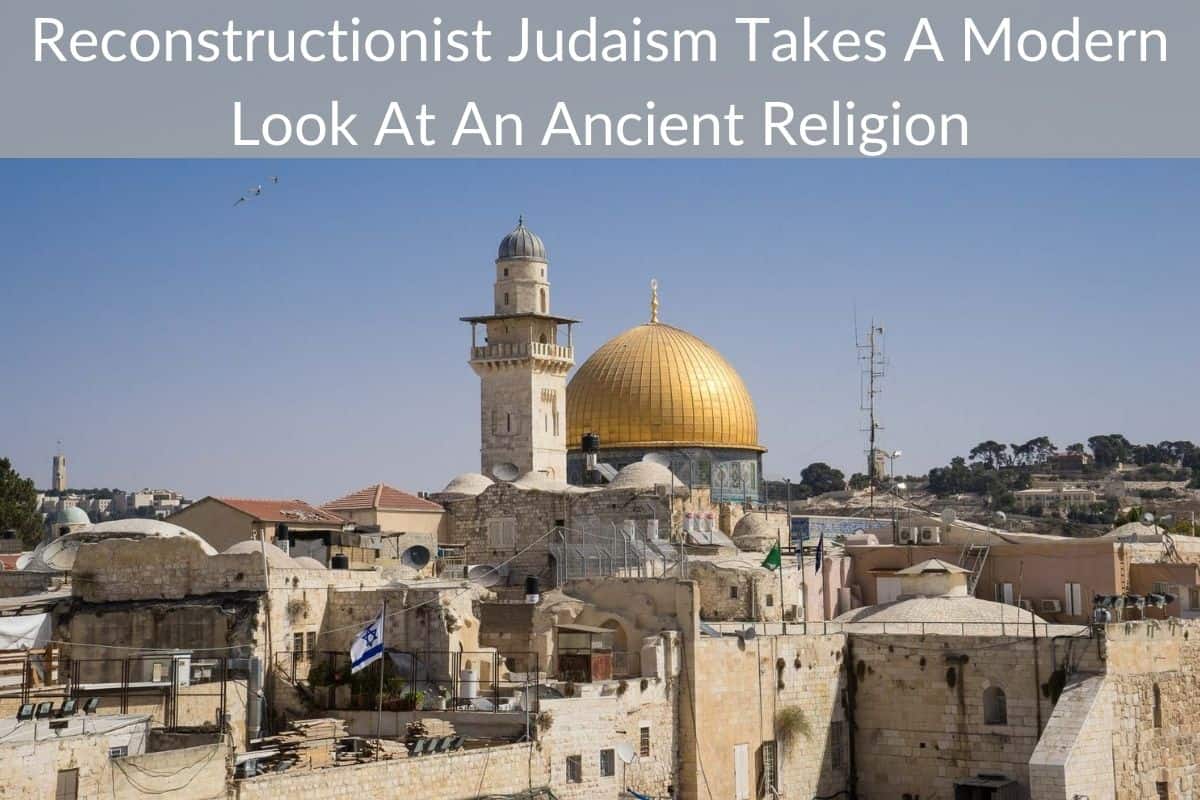 Have you ever wondered what has happened to Judaism within the context of the modern world? Do you want to know more about how Judaism has evolved in the process of assimilating into American culture? One of the main movements involving progress and change within Judaism, and in the larger culture and society of America and the world, has come to us in the form of Reconstructionist Judaism.

So, you may be wondering what Reconstructionist Judaism is and how it evolved. Throughout history, the Jewish people have been very resistant to change. To this day, the Orthodox branch, and to a lesser extent the Conservative branch of the Jewish religion, retains their positions and beliefs. Still, there have been several branches that have redefined Judaism for a modern world. These movements often result from an increasing need to interact with the secular community.

The Jewish religion recognizes all four branches or streams of the faith: Orthodox, Conservative, Reform, and most recently, Reconstructionist Judaism. All are all official forms of Judaism. While faith in one God and adherence to halacha has defined Judaism for thousands of years, progressive movements arise that encourage Jews to connect more intimately with the secular world.

The History of Reconstructionist Judaism

Rabbi Mordecai Kaplan (1881-1983) pioneered the Reconstructionist Judaism movement, aided by his son-in-law, a Rabbi Ira Eisenstein (1906-2001). They formed the new movement over a period ranging from the 1920s to the 1940s. Kaplan and his early followers created the Society for the Advancement of Judaism (SAJ) in 1922. Reconstructionist Judaism is the only stream of the faith whose roots formed entirely within the United States. As expected, Kaplan found himself the object of ridicule by Orthodox rabbis who remained resistant to broadening the definition of the religion.

The goal of the SAJ was to permit rabbis to be allowed to form progressive views on Judaism. Kaplan led the SAJ until the year 1945, when his son-in-law, Eisenstein took the helm. Kaplan published an important book, “Judaism as a Civilization: Toward a Reconstruction of American Jewish Life,” in 1935. This heralded the beginning of the Reconstructionist movement.

Reconstructionist Judaism and the Nature of God

Reconstructionist beliefs focus on the Jewish faith as created by the people over the centuries. Rather than considering the Torah the divine revelation of God’s will, Reconstructionists claim that the laws, traditions, and spirit of Judaism is a product of Jews, rather than God. While belief in one God seems inherent in the Jewish religion, many Reconstructionists believe in no God at all. They don’t postulate God as a singular entity. Instead, they imagine God as a quality of human nature: thought, curiosity, and the desire to do good in the world.

Kaplan considered the Jews an “evolving religious civilization.” This premise leaves the laws up for debate. According to Kaplan, it became impossible for Jews to continue to adhere to the laws and teachings of traditional Judaism due to changes in science, philosophy, and history. And while Reconstructionist Judaism sees halacha as non-binding, many Jews of this stream also feel no need to discard them.
Reconstructionist Judaism defines God as the sum of the processes of nature. Self-fulfillment is considered a natural by-product of living within the boundaries of natural law. In this way, Reconstructionists seek to remove violence and exploitation from society.

According to Reconstructionist thought, Judaism must evolve along with the Jewish people. Their motto, that the “past has a vote, not a veto,” expresses their opinion that all aspects of their faith should remain malleable to current needs. Unlike more traditional schools of thought, Reconstructionist Judaism places importance on individual autonomy rather than automatic obedience to religious laws.

Reconstructionist Jews see God as a force that allows people to overcome challenges and work for the benefit of humanity. They seek salvation in life, rather than the afterworld. To this end, they remain dedicated to strengthening the Jewish community overall. They also work to reach out to the secular community for mutual inclusion.

Rather than seeking the approval of a divine being, Reconstructionist Judaism teaches that Tikkun Olam, “repairing the world,” is the best path to salvation. Working for social justice is a form of spiritual expression. In Reconstructionist ethics, these good deeds bring humankind closer to the messianic age promised in the Torah.

The Heart of Reconstructionist Judaism

While not a deist-based philosophy, Reconstructionist Jews may or may not believe in a God. In this denomination of the faith, the focus is on deeds, rather than belief. Reconstructionist Judaism seeks to remain connected to the past, while interpreting the laws and traditions in a way more useful and relevant to modern times. It remains a spiritual practice, but spirituality is better expressed by working for a better world rather than slavishly following the letter of the law.

Reconstructionist Judaism provides the framework for modern American Jews to celebrate their heritage and joy in the traditions and rituals without isolating themselves from the world around them. This progressive and inclusive branch of the faith welcomes non-Jews and non-Jewish partners into their communities, unlike Orthodox and Conservative groups. While not strictly bound by the many mitzvot outlined in the Torah, they instead use this ancient wisdom to inform their life decisions in a modern context.