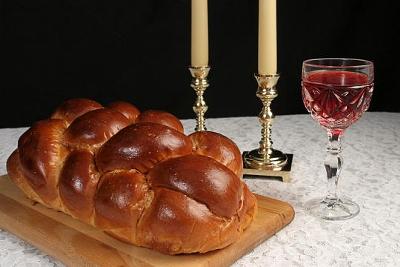 The term “ Shabbat ” is a Hebrew word that is defined as “cessation” or “rest” and is used in reference to the holy day known as the sabbath. The sabbath definition is known to Judaism as “Shabbos” and falls on the sixth day of the week, Saturday, which is known as a day of rest for Jews, certain Samaritans, and some Christians.
According to the Bible, God’s creation of the Earth and heavens occurred and then after he was done he rested. God also instructed the Jews to rest on the day he rested in honor of him and it became a religious observance since ancient times. It is a tradition in Abrahamic religions to observe the Shabbat or what is sabbath and follow certain rules for this day.
The proper observance of Shabbat is punctuated with a disciplined refrain from any and all work activities. Also, this day is set aside for activities involving rest and leisure. This holy day is meant to show respect to God and abide by his instructions, as well as become closer to God. The sabbath is a day that mostly is filled with family events, social activities, and of course, attendance at worship services.

What Do Jews do on the Shabbat?

Strict Jewish law (otherwise known as the halakha) indicates that Shabbat is to be observed from a few minutes prior to the sunset on a Friday night until the following day, at the time when three stars appear in the Saturday night sky. When Shabbat begins, the ritual lighting of candles followed by the recitation of a blessing begins the ceremonies. There are three traditional festive meals that are served and eaten, one on Friday night, then on Saturday one in the afternoon, early, and then another later in the afternoon.
The meal in the evening on Friday begins with the Kiddush, which is a special blessing. Two loaves of bread are served as well with another special blessing over them called the challah. On the following night, a blessing called the Havdalah closes out the holy day, and the new week begins. After all of the ceremonies, any work may continue as it does, but it is frowned upon to be impatient with the Shabbat or be frustrated with the interruption in the flow of the usual work.
On the Shabbat, Jews are encouraged to contemplate the spiritual life and offer prayers, as well as attend events associated with the church, as well as social activities. Spending the day thinking about God, life, and their religion, Jews take the day to celebrate God and rest from all of their labors and doings. Work in any form is forbidden, and no Jew is allowed to perform work for the entire Shabbat in any form.

Some History of the Shabbat

Originally, the very word Shabbat is derived from the Hebrew word (verb) shavat which has an equivalent translation as “rest”. The use of this word does not imply a massive rest, although some rest is part of a typical Shabbat. Instead, the active definition of “rest” is implied, which means that there is a deliberate cessation from work and other activities that induce effort or labor.
In certain orthodox interpretation, there is a limit placed on the distance Jews can actually travel by foot during the entire day of Shabbat. It should be noted that God’s activity on the Shabbat during creation was actively devoid of any work, he intended to make the day absent of any efforts, work, etc. In order to be more like God’s image and likeness, to be closer to him, is part of the intent of Shabbat observance.
The tradition of observing the shabbat is the oldest and most sacred practice of the Jewish faith. The sabbath was given a unique place as the most holy day in the Torah, in Genesis: 2:1-3. It was instructed by God in the chapter of Exodus 16:26 originally, as well again as one of the ten commandments in Exodus 20:8-11. According to tradition, twice the usual number of animal sacrifices are to be performed on the Shabbat than other time.
In ancient times, the Shabbat would fall on the 7th, 14th, 19th, 21st, and 28th days of a lunar month, known in the calendar of Assyria. Other ancient practices forbade people to ride chariots during these days, or to eat meat provided by the king. On these days, all officials were prohibited from certain practices and “common men” were also not allowed to do things like “make a wish”.
The origins of the Shabbat are under some dispute, despite the biblical references and origins most believe were the source. In addition to the bible, there was evidence as far back as 630 BCE were found in an ostracon that was unearthed in an excavation, so there is some evidence that the practice has even older roots, going further into prehistoric times.