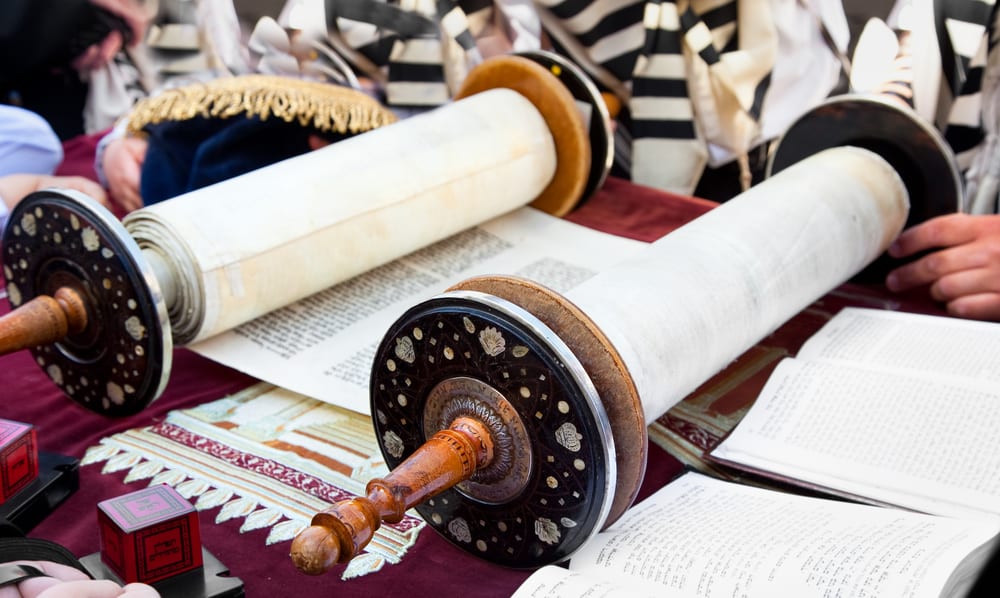 The Jewish Talmud is one of the most central documents of the religion. Talmud means learning in Hebrew. The Talmud is sometimes called the Six Orders of The Mishnah. Contained within the Talmud is the history, laws, and beliefs of the Jewish religion, and works as the foundational text by which young and new Jews learn the ethics and customs of the religion. While the Talmud is the foundational learning text, the Torah is the teaching text. The first five books of the Hebrew bible, the Torah is a deeply sacred manuscript that contains dozens of writings that are essential to the Jewish community. The Torah represents the entirety of Jewish tradition and law and represents the written text that Moses was given to accompany oral commentary and law.

To put this more simply, the Talmud is the oral component of the Torah and offers the primary Jewish decrees. The oral Talmud dives deeper into the written texts and provides streamlined ways for people to apply them daily.

That said, though, most of the practices observed by modern Jews come from the Torah. For many, the Torah is the single most critical reference for people in the Jewish community. Comprised of two parts, the Torah includes the written and the oral component. The written Torah includes 24 books, including Moses’s five books (Genesis, Exodus, Leviticus, Numbers, and Deuteronomy) and all the prophetic writings, including Jeremiah, Psalms, Proverbs, and Isaiah.

In other traditions, the five books of Moses are called The Bible or the Pentateuch.

The oral Torah, on the other hand, was not allowed to be formally written and was taught orally for generations. According to many Jewish scholars, it is impossible to understand one version of the Torah without the other.

Can You Learn the Talmud Online? The answer is yes. Today, it’s possible to learn virtually anything online. The Talmud is no exception. There are several Jewish organizations that make the Talmud available online and that teach it for free. While you don’t have to be Jewish to learn the Talmud, it may be difficult to understand without some background in the faith and its beliefs and traditions. That’s not enough of a reason to avoid it, though, and many people persist nonetheless.

For someone who isn’t intimately familiar with them, Jewish religious texts like the Torah and the Talmud can be confusing. However, they’re some of the most important documents to one of the world’s largest and oldest religions, and understanding them is a wonderful way to not only understand Judaism but to understand global religion and its impact on humanity.

While many people think you must be Jewish to study the Torah or the Talmud, you don’t have to be. While there’s no question that a background in Judaism helps clarify and orient these texts, you can study the Talmud and the Torah online without missing a step. All you need to do is conduct a quick search to find out which websites offer daily study, and enroll in an upcoming course. Filled with traditional teachings, mysticism, and ritual, these ancient texts provide a critical glimpse into the fabric and makeup of Jewish tradition and rule.