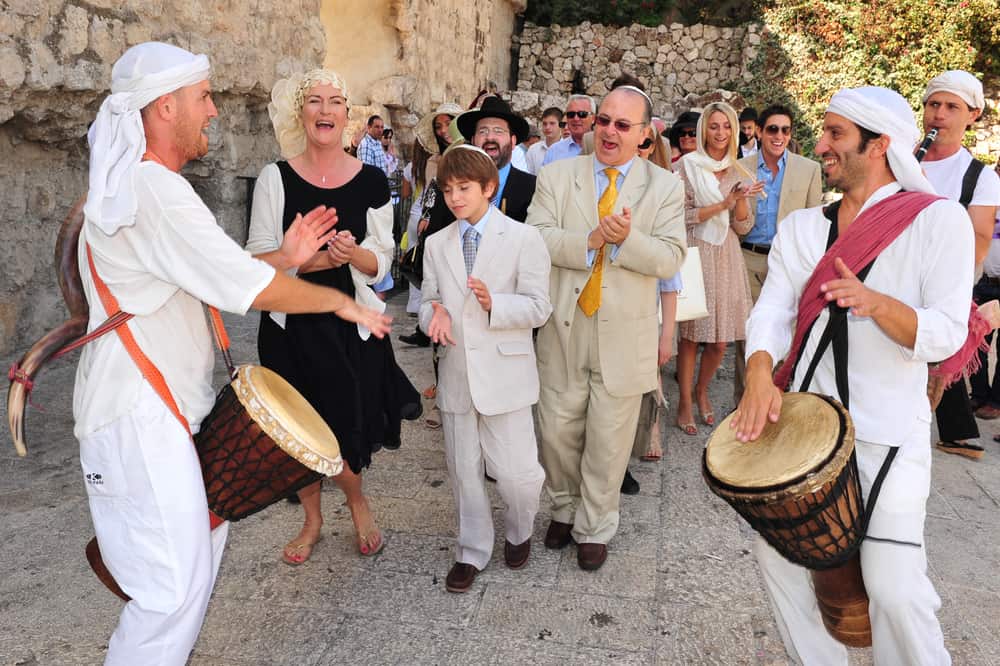 For people outside the Jewish tradition, and even for some inside of it, a bar mitzvah can be confusing. A pivotal life event for young Jewish men, a bar mitzvah is something most boys never forget.

Here’s everything you’ve ever wondered about what a bar mitzvah is.

Why Do Families Hold Bar Mitzvahs?

According to Jewish tradition, boys are no longer considered minors when they reach the age of thirteen. On this birthday, they become men and are held responsible for fulfilling the Torah’s commandments and upholding its laws. Bar mitzvah means “son of the commandment,” and is a celebration held to help a young man pass become an adult who is obligated to observe the mitzvah.

While bar mitzvahs as most people know them are a large party, this rite of passage is automatic, and doesn’t require a celebration to be official.

What Happens During a Bar Mitzvah?

Almost universally, a bar mitzvah starts with a ceremony in a synagogue. This ceremony welcomes the young man into adulthood and initiates him into the rites of passage, opportunities, and responsibilities of Jewish tradition. It bears noting that some traditions vary between communities, but the foundational structure is the same virtually everywhere you go.

How is a Bar Mitzvah Different from a Bat Mitzvah?

While the rites of passage are basically the same, some traditions may vary depending on the community and family celebrating the event. When a person wants to find a gender-neutral way to refer to either, the words b nai mitzvah are used.

What Traditions Do You See at a Bar Mitzvah? 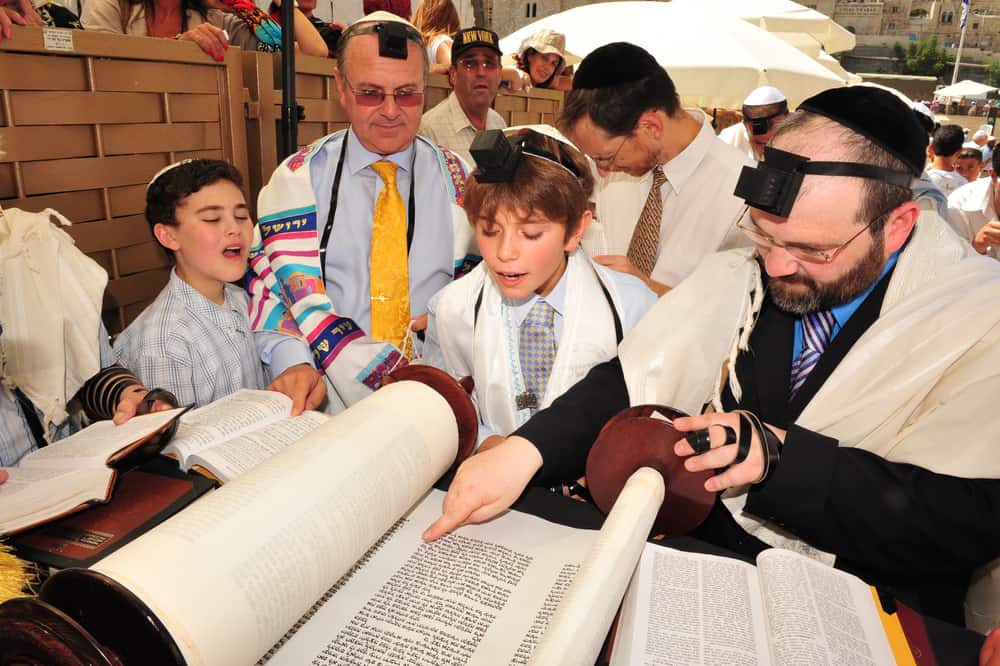 Bar Mitzvahs have several standard traditions and components. These are as follows:

The Mitzvah of Tefillin. Tefillin are boxes made of black leather. Inside, there are parchments which are inscribed with certain biblical passages. According to the Torah, Jewish men must bind these parchments onto their upper arms and head with leather straps upon reaching adulthood. These Tefillin will be worn during weekday morning prayers from this moment on. A boy’s bar mitzvah is the first time he will put on the Tefillin, and the receipt of them is a special honor bestowed upon the new adult by his parents or grandparents.
The Aliyah. The Aliyah is the practice of reciting a blessing over the Torah. Generally, a boy is honored with his first Aliyah on his bar mitzvah. This involves the boy being called up to the location of the Torah, and knowing which blessings he will need to read aloud before and after the ceremony.
A Party. The most memorable part of many bar mitzvahs is the party. These parties generally take place right after a synagogue ceremony and include music, dancing, and feasting.
Speeches. During the bar mitzvah party, the young man celebrating his adulthood will deliver a speech. This speech generally includes a piece of his weekly Torah portion and the announcement of a Mitzvah project, wherein the boy will research one of the Torah’s 613 Mitzvahs in-depth.

A Critical Rite of Passage

In the Jewish tradition, few things are more important or joyous than a bar mitzvah. A chance for the entire family to come together and celebrate a young man and his commitment to the Jewish faith, a bar mitzvah is as important for the parents and grandparents of a boy as it is for the boy himself. Steeped in tradition and honor, these events are truly unforgettable.